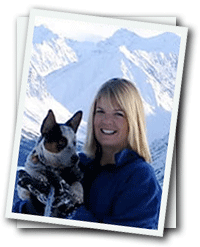 Sherry Simpson’s new book is THE ACCIDENTAL EXPLORER: Wayfinding in Alaska (Sasquatch Books). She wanted to call it “A Nuisance to Myself and Others,” a title that hints at the kind of misadventures, as well as the self-deprecating tone, found within. Simpson, a long-time essayist, reporter, and UAA creative writing prof, explains via her website that “when my parents informed us that we would be moving to Alaska, I started crying. I don’t know why—apparently even at age 7, I’d learned that ‘Alaska’ was a synonym for ‘horrible wasteland from which nobody ever returns.’”

Well, it’s not such a treacherous place. Except when it is. Simpson writes about those times, too, as in her essay about Chris “Into the Wild” McCandless.

Simpson, who claims to have been a non-adventurer until her 30s, writes with a local’s knowing eye about plenty of her own big, serious outings – tracing historical expeditions in Glacier Bay and in Denali country, for example. But she resists glorifying herself or others. Simpson explains, “I was intrigued by the way published accounts of expeditions often read so differently than the private versions. Judge James Wickersham made the public description of his attempt to climb Denali in 1903 sound very manly and noble in Yukon Tales, Trails and Trials. But in his journal, he wrote about who was a big whiner, and who ran off and took the boat, and who was afraid of mules.”

Andromeda: Sherry, I’ve read several of these essays in previous publications, and I’m currently reading aloud the others with my family. Let me focus here on a new one that grabbed me: “Fidelity.” It is both about an encounter with a bear, and not about that. And it’s very personal, isn’t it?

Sherry Simpson: This piece is about how a bear encounter in Glacier Bay was the catalyst that almost wrecked my marriage and saved it, at the same time. It’s the most personally revealing essay I’ve ever published.

ARL: Was this a harder piece to write? Was it hard to decide how much detail to share about your husband and home life, for example?

Sherry Simpson: I had to write about what happened so I could figure it out myself, but when I showed it to my husband I told him I did not have to publish it. I just needed him to read it. After he did, he said, “It’s hard to read, but it’s all true. I think you should publish it.” It was incredibly generous of him. I hoped that people would see that ultimately it wasn’t about us in particular, but about the ongoing struggle to remain true to yourself and to a marriage. It was difficult to include some details, but I think those are the kind of real troubles that test everybody’s relationships. I’ve had interesting and intimate conversations with other long-time married people because of this essay, so I hope it does its work well.

ARL: It’s also more spare and elusive, with some very short sections and just as much left unsaid as what is clearly said.

Sherry Simpson: This is more of a lyric essay than I’ve attempted before. Braiding the story of the bear encounter with an abbreviated history of our marriage allowed the two threads to cross at a crucial juncture, just as they did in real life. Keeping the segments short and lyric allows them to speak to each other, I hope, and to resonate in ways they might not if I explained everything in (possibly boring) detail. A couple of segments could refer either to the bear or to the marriage. Because one of the essay’s subjects is the silence that comes between people, the white space between segments adds a kind of silence, too.

Most of the essays range from more traditional essays to segmented essays to straightforward narratives. I hope the structures create their own kind of meaning. They should reflect or help re-create the kind of experiences I had, emotionally and intellectually.

ARL: Has being a teacher of creative writing changed the way you write? Have you learned anything from your students that your own writing and reading didn’t teach you?

Sherry Simpson: I’m not sure I can pretend that teaching writing has changed my own writing in obvious ways. I still write intuitively more than I do intellectually, but I might be better (or at least faster) at diagnosing why I’m having trouble. That doesn’t necessarily mean I know how to fix it, though! Muddling through seems to be my time-tested strategy.

I’ve learned so much from students that it’s embarrassing. But one of the best things they’ve taught me is the necessity of taking risks and trying things you’re not comfortable doing. I’ve also learned to be a better reader from students, too.

ARL: Now that the UAA Creative Writing and Literary Arts M.F.A. program (where Simpson is on faculty) is low- residency, how is your writing life going to change? Any new projects underway?

Sherry Simpson: It’s scary how much time has returned to my control, now that I’m working with a few students individually, not with herds of them. (That’s a reference to their numbers, not their personal qualities, btw.) I’m returning to a book project about bears and people [a preview of which is online at her website] that I’ve set aside for a couple of years.

And I have a pile of essay drafts (ok, more like “notes” and “fragments”) I’m eager to take up. Mostly I’m trying to remember how to write—what to do with all this space in my head. I also need to sever my web access….that’s possibly a cry for help right there.

ARL: At her website, Simpson also mentions she may be working on an intriguing true crime story about a “bizarre murder in Fairbanks” that involved the newsroom where she was formerly a reporter. Sounds fascinating. We can’t wait.

1 thought on “An Insider’s Irreverent View: Q & A with Sherry Simpson”