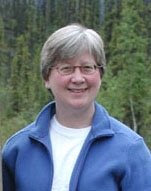 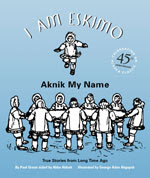 Sara Juday: We haven’t been able to determine an exact date, but we know that the first copyright date for the company is 1959. That first book is I AM ESKIMO, which is actually still in print. There was a brief time when it was out-of-stock in recent years, but we issued a new edition in 2004. Alaska Northwest Publishing Company was the original company. It was created by Bob Henning a year after he and Bob DeArmond purchased the Alaska Sportsman (now Alaska magazine), a publishing venture that grew to include The Milepost (purchased in 1962), Alaska Geographic (started in 1968), and the Alaska Journal (started in 1971).

Regional and small publishers generally know their niches/markets and we invest the time up front to pick books we believe in and can sell year after year. Some of our titles take a little longer to reach their top potential but we also want to publish books that have long-term sales potential. These backlist titles are truly the titles that keep us in business.

I have always said that anyone involved in publishing is a bit of a gambler. Recently I heard a commentator on NPR talking about publishing. He described publishing as a legalized form of gambling. We do look at what other similar titles have sold; what the author’s works have sold in the past. We measure how active the author will be promoting the book. We try to stay on top of trends. In the end, though we are simply playing the odds, making our best, most educated guess about what will be successful.
With Alaska Northwest Books firmly planted in Alaska, including our editorial selection, sales, and public relations efforts, we have a deeper connection to the needs of the state than Outside publishers. That close connection has given us what you might call a home field advantage—one way we improve our odds.
Alaska Northwest Books published 6 new titles in 2008, including updated revised editions of
Guide to the Birds of Alaska by Robert Armstrong
The World-Famous Alaska Highway by Tricia Brown
Alaska Almanac, 32nd edition
Also new are:
The Big Both Ways by John Straley
Thunder on the Tundra: Football Above the Arctic Circle by Lew Freedman

So far for 2009, we have more than double that number planned, so we definitely have lots to celebrate in our 50th year.

(Note from Andromeda — with so many titles mentioned above, I decided that rather than hyperlink each one, I’d toss them all into Shelfari, where its easy to read summaries by rolling over each book. Check them out!)
Views: 21