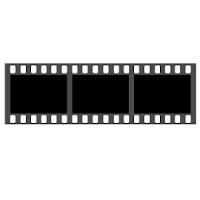 Mary Katzke, a filmmaker who has put together several successful films through her Anchorage company AffinityFilms, was recently named head of the newly reopened Alaska Film Office. But before she got that post, she finished work on a major project — a documentary called “About Face,” which was five years in the making, completed Jan. 1 of this year. In advance of an official premiere, Bear Tooth will be providing a “courtesy community screening” before the documentary goes “out into the world.” The Bear Tooth event, on Monday April 27 at 5:30, will also be a “festival fundraiser.”

Tell us about the documentary, which follows the poignant search of a young Alaska woman named Gwen for the mother who abandoned her as an infant. Before disappearing, the mother placed the baby in a campfire in Eagle River — a nearly incomprehensible act that resulted in serious burns as well as long-lasting emotional damage. Mary, did you and your main character find the answers you were seeking?

I don’t want to spoil the film for viewers but suffice it to say Gwen learned a lot about her mother during her search, including answers to her most basic questions. The film is really about our society’s attitude and prejudice toward mental illness and how this could have been avoided with more awareness all the way around. The father feared ridicule, and had no understanding of the danger of postpartum depression when combined with mental illlness. Amazingly Gwen made it through [her school years in the Anchorage School District] with no counseling or other help but was silently suffering from taunting classmates. There are signs before an impending event like this and we can learn to recognize them and take actions. The lifelong impact of this one act has impacted at least three people’s lives- profoundly.

How does someone make a film like this in Alaska? First, from the financial side, you had to get a sequence of grants, correct?

Yes, we had over ten funders along the way including a Rasmuson Fellowship, AK State Council on the Arts grants, AK Mental Health Trust grants, private donors, and two national funders- The Fledgling Fund and Chicken and Egg Pictures.

And you also hired various editors along the way? Summarize the lengthy process for us.

This was a true, independent film made in fits and starts over a very long process. ( It’s not a process I care to repeat!) First we made a five minute trailer which led to the first half of our funding. The story naturally unfolded and fortunately it was blessed by timely funding breaks just in the nick of time, every time. Last spring I had small change left in the account and gambled by hiring a local editor to enact my vision (I’m not too technically inclined) and we cobbled together a rough ending which included the climax of finding her mom. It was rough, but it worked as we then got the final $80,000 we needed to hire an A-list editor, musician, and online completion.

We are ready to premiere the film, but still do not have the menu options, etc that we hope to include eventually so that it will become a “working film” which is useful in training social workers, counselors, teachers, psychologists, and post-partum caregivers to mention a few. The film is also a powerful story of the strength of one women fighting to save herself against so many odds- it is a portrait of the human spirit with grace in such dire circumstances you are left in awe, and hopefully more aware and appreciative of life.

As a filmmaker, why did you settle in Alaska?

I didn’t intend to settle here, but after arriving in 1979 for “summer work” I totally fell in love with the youthful spirit of the movers and shakers- feeling like one could do anything one chose. In fact, I directed the first film I ever worked on. In LA, I would have been toting coffee to some producer for years before having a chance to spread creatively. Then Alaska just kept on being super good to us, with grants, fellowships, and commissions that a filmmaker lives for. I simply had no reason to leave except for more education, which I did in 1988-1992 when I went back to graduate school for my MFA in Writing and Directing at NYU.

What are the positives and negatives of working here?

I feel respected and that is huge. I also feel like the subjects here are limitless, timely and interesting. The negatives are that it doesn’t pay as well as major markets (I made more in New York 18 years ago than I do now here) and the weather is always a challenge. Colleagues are harder to find, but are here if you are willing to search. We all need to wear so many hats to survive here that we have “many knives, none of which are sharp” enough in some ways. In others, we are never bored. Never.

Name an Alaska film you love.

Limbo- because John Sayles made it, and because I can’t stop laughing thinking about the scene where they DIVE INTO THE OCEAN in Southeast.

…and one that you really dislike, perhaps because it doesn’t portray Alaska in an authentic way.

Well, how about the Steven Segal one about the pipeline where everyone was snowmachinig from Valdez to Prudhoe?!

Let’s say I’m an Alaska writer wanting to break into filmmaking or screenwriting. What would I do first?

Study the format, and read books about it. Then go away to a weekend or week-long seminar at Rockport or somewhere like that- for the professional stimulation and challenge. It is a lot harder than people think- it is poetry- precise poetry- not an easy task.

What can you tell us about your new job heading the Alaska Film Office?

I am very excited, professionally challenged, and brimming with ideas as to all the opportunities in front of us. Of course we also have very real challenges, like unpredictable weather and transportation costs. We have a very competitive incentive program- one of the best in the country. We are now open for business and there are already projects in the queue. We will need to increase our crew base, and cross-train many people to support this influx of work, but I am confident we are going to meet this challenge and more. I encourage people to become familiar with the incentives program by going to the state website and beginning to envision how they will become part of this new wave of opportunity.

Mary has also included this late-breaking information for Alaska screenwriters: experienced screenwriter Dave Hunsaker, mentioned already in posts this week, will be offering a free workshop to committed writers at APU on Saturday, April 25 at 2 PM. No rsvp or registration required.

Also, the Alaska Film Office is creating a gallery of “set in Alaska” screenplays and treatments that will be used to showcase work that may interest Outside companies ready to work on films in Alaska. Note the following important rules, provided by Mary:

Please include title and genre. It must be registered with WGA or copyrighted. It must be in industry format- screenplay or treatment. Please include a one line description as well as a one page synopsis. Please include a link to your bio and contact info. Please let us know if you have any queries. I would recommend seeking representation if any offers are made.

4 thoughts on ““About Face” and Alaska film opportunities: Interview with Mary Katzke”