Membership
Menu
As the year approaches its close, we have been reviewing program activities undertaken by 49 Writers in 2013 in pursuit of our mission: supporting the artistic development of writers throughout Alaska, fostering a writing community, and building an audience for literature. The blog is where it all started in 2008, and it remains a keystone of our programming for Alaska’s writers. We have always characterized the blog as “collaborative” but it’s only when you crunch the numbers that you realize just how apt this description is. Over the last 12 months, a grand total of 135 talented individuals were involved in providing fresh and interesting content, five days a week:
Phew! That’s a great deal of creative energy and expertise corralled in support of our statewide writing community. If you visit the blog regularly, have the daily post delivered to your inbox, or even just feel good knowing that the blog exists as a terrific resource when you need it, please consider making a year-end contribution to 49 Writers. In 2013, charitable donations comprised 32 percent of our income: support from individuals like you is crucial to the continuing success of our programs. (The rest of our revenue came from 50% earned income and 18% government grants.) If 49 Writers is to grow in 2014 to meet the demand for programming in other parts of Alaska, community financial support must increase too. We truly appreciate the contributions already received in response to our recent membership drive and the opportunity to welcome new faces to the fold. If you’ve thought about giving but haven’t yet taken that step, now is the time–let’s end the year on a high and coast into another 12 months of great programming for Alaska’s writers!

Talking of which…we’ll be announcing our spring schedule of classes and author events in next week’s roundup. Registration will open January 1.

At our recent volunteer appreciation event the Board of Directors recognized the work of 35 regular volunteers, each of whom performs an important role in furthering the programs we are proud to offer. Altogether they contributed 1,530 hours between October 2012 through October 2013–a minimum value of $33,875. Thank you to the following special people who donated up to 20 hours in 2013: Arlene Lidbergh-Jasper, Danielle Lattuga, Kate Partridge, Lorena Knapp, Mariah Oxford, Martha Amore, Matt Caprioli, Renee Downs, Sandra Kleven, Sheila Sine, Sherry Simpson, Stefanie Tatalias, Steve Shamburek, Becky Saleeby, Judith Conte, Louise Freeman, and Sue Pope. Barbara Hood, Cheryl Lovegreen, Kellie Doherty, Lizbeth Meredith, Lucian Childs, and Michelle Saport each gave 20-50 hours. Board members Eric Larson, Jeremy Pataky, Karen Benning, and Kirsten Dixon contributed 50-100 hours, as did Ela Harrison and Susanna Mishler. Our super-volunteers with more than 100 hours under their belts include Andromeda Romano-Lax and Deb Vanasse, and board president Don Rearden. Finally, three individuals in this category who deserve particular recognition are bookkeeper Debbie La Fleiche for her outstanding work in keeping us correct and current, Morgan Grey for her excellent coordination of last year’s salons and the Tutka Bay Writers Retreat, and Mary Kudenov for her stellar outreach during Alaska Book Week. It can’t be said enough: we couldn’t do it without you all! 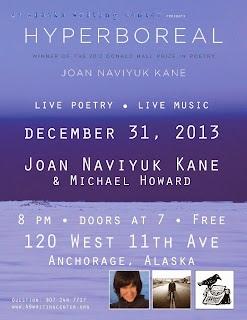 Join us on Tuesday, Dec. 31, 8pm, for the last 49 Writers hurrah of the year. A New Year’s Eve poetry reading will mark the release of Joan Naviyuk Kane’s second award-winning book, Hyperboreal. Kane will read selections from the book, preceded by Alaskan songwriter Michael Howard. This 49 Writers event is hosted by Olena Kalytiak Davis at 120 West 11th Avenue in Anchorage (approach from A or from C via 12th and then B to 11th). Doors open at 7pm. Our thanks to Jeremy Pataky for coordinating. Hope to see you there; do help to spread the word.

Tonight, Friday, Dec. 20, 6:30pm, 209 Seward Street, Juneau (across from Zephyr), this month’s Woosh Kinaadeiyí open mic and poetry slam will be hosted by Mike Christenson and Krage Skafelstad, with DJ Judo providing music and art by Abe Wylie. Open to poets and performers of all ages and all abilities–sign up to read at 6pm. The theme of this month’s event is “Tribute” and there will be a party afterwards to help Woosh Kinaadeiyí say “thank you” to the community. Food and drink provided; suggested donation $5. Woosh Kinaadeiyí is a local nonprofit committed to diversity, inclusive community, and empowering voice. The organization hosts monthly poetry slams and open mics throughout the community. For more information, visit www.wooshkinaadeiyi.com or email juneaupoetryslam@gmail.com with questions.

Important update from the Loussac Library:

Last week we announced an online poetry class being taught by Homer poet Erin Hollowell. Her colleague at KPC’s Kachemak Bay Campus, long-time Alaskan writer and teacher Rich Chiappone, is teaching an intermediate level fiction writing workshop online this coming semester. Both short story writers and novelists are invited to join in the satisfying and useful experience of having your work read and critiqued by a dozen other writers, starting in January. This class can be taken for three college credits, or audited for those not seeking credits. Register online here. 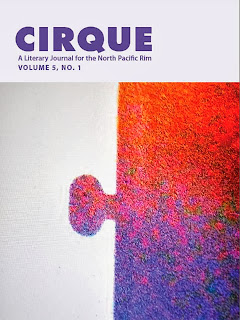 Saturday, Dec. 21, the ninth issue of Cirque will go live on Soltice morning, to be read full-text and also available for print orders at $16.95 for a full-color, 100-plus-page issue. Editor Sandra Kleven tells us “This issue of Cirque is varied and ambitious with an overlay of darkness suitable for the deep of winter.” It’s the holiday season, so treat yourself (and others) to the gift of Alaskan literature!

Beginning Wednesday, Jan. 22, 7-9:30pm, at the downtown Anchorage Sierra Club office, essayist and author Bill Sherwonit will teach a 12-week nature and travel writing class, registration fee $240. Participants in this workshop-style class will explore and refine their own writing styles, with an emphasis on the personal essay form, as well as reading and discussing works by some of America’s finest nature and travel writers. Contact Sherwonit at 245-0283 or akgriz@hotmail.com to sign up or for more information.

Registration is now open for the 2014 Kachemak Bay Writers Conference! This year’s keynote speaker is Alice Sebold, author of The Lovely Bones and The Almost Moon.

Fairbanks Arts Association’s Literary Arts Committee is now accepting entries for the 20th Annual Poetry Contest. The purpose of the contest is to encourage, publicize and reward the writing of high quality poetry. The deadline is Friday, Jan. 31, 6pm and winners will be announced March 8, 2014, 7pm at Fairbanks Arts Association’s Bear Gallery. This year’s juror is Anchorage poet, Susanna J. Mishler. Click here to download the flier.

The exciting news from Anchorage publisher VP&D House is that they now have NATIONAL distribution! They have just signed an agreement with SPD Books (Small Press Distribution) in Berkeley, California, a non-profit distributor, and over the next few weeks their titles by Alaskan authors will be available at many indie bookstores across the country. Check their website or Facebook page to stay updated as books become available. www.spdbooks.org 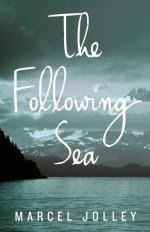 Congratulations to Jeff Brady of Skagway on the publication of Skagway: City of the New Century. Many of you will know Jeff as the editor of the Skagway News and an organizer of the North Words Writers Symposium. A must-buy for Alaskan history buffs and anyone who wants to learn more about the fascinating history of the state.

Also, a new book from Skagway-born author Marcel Jolley is now out: The Following Sea tells the story of a crime in Skagway and a pursuit by a police chief with his own issues to find the culprit in the deep reaches of the Tongass.

The deadline for the 4th Annual Alaska Statewide Youth Art & Writing Competition has been extended to January 18, so there’s time over the holiday break for young writers to work on their submissions! Do pass on the word.

The national recognition of Alaskan authors continues: Christine Byl’s Dirt Work was just chosen by Shelf Awareness as one of 10 best nonfiction books of the year–well done, Christine!

KTOO seeks writers for future Writers’ Showcase shows: Arts@360 is a new public television and radio series that focuses on arts, music, and culture. The series is produced and broadcast statewide by 360 North, and locally by the KTOO radio stations. Individual programs are recorded live on the new “@360” stage at the 360 North/KTOO studios in Juneau, Alaska. Like the collective experience of watching a play or a movie at the theater, part of what makes Arts@360 special is our live audience. Some shows will be ticketed, others free or “pay as you can.” All programs will be recorded for broadcast on 360 North Statewide TV and/or the KTOO radio stations, and may be webstreamed (last week’s December 12 show on Holidays will be rebroadcast over the holiday season on 360 North Television and KTOO-FM).

Of the approximate five selections in each program, producers are looking for three pieces from established writers, and two from aspiring writers. Small stipends are available to writers and readers as our budget allows. The schedule of 2014 shows is: