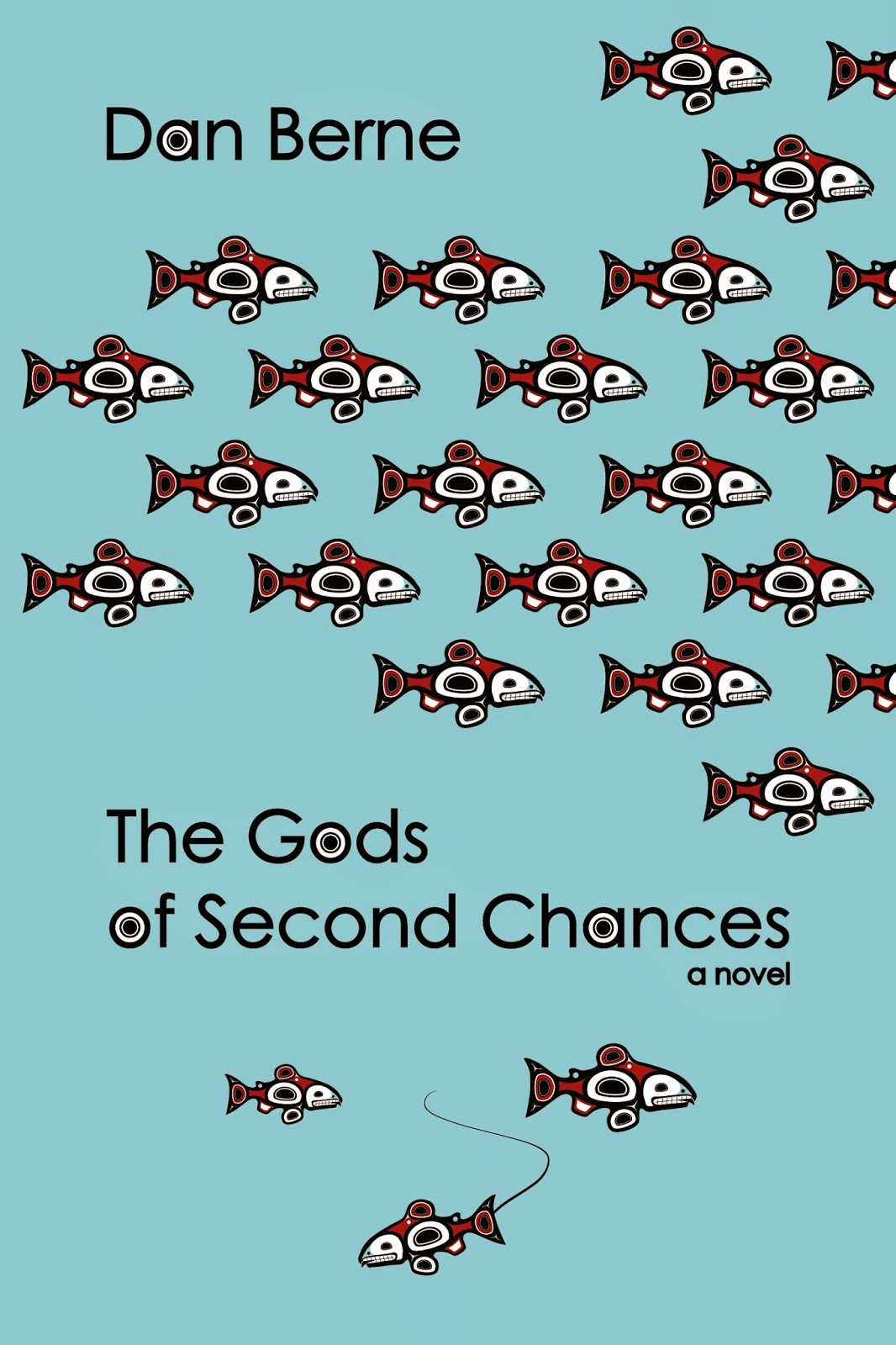 Mud
and rain invaded my dreams after Donna’s death. In southeast Alaska, where I’ve
lived for half my life, we have precipitation 310 days out of the year. All
those nights with the skittle-skattle of wet pellets against the windows, you’d
think that rain would have formed the base molecules of my sleep a long time
ago. And the mud. It’s everywhere up here, omnipresent and brutal. Until my
wife died, my dreams were somehow waterproofed, sealed against the elements.
(Dan Berne, The Gods of Second Chances)

Family means everything to Alaskan fisherman Ray Bancroft,
raising his granddaughter while battling storms, invasive species, and
lawsuit-happy tourists. To navigate, and to catch enough crab to feed her
college fund, Ray seeks help from a multitude of gods and goddesses—not to
mention ad-libbed rituals performed at sea by his half-Tlingit best friend.

But kitchen counter statues and otter bone ceremonies aren’t
enough when his estranged daughter returns from prison, swearing she’s clean
and sober. Her search for a safe harbor threatens everything Ray holds sacred.
Set against a backdrop of ice and mud and loss, Dan Berne’s gripping debut
novel explores the unpredictable fissures of memory, and how families can break
apart even in the midst of healing.

“Every so often a novel comes along that feels like
nothing you’ve read before. Dan Berne’s The Gods of Second Chances is
one of those, soulful and shattering in equal measure. Berne shines a light on
rarely visited corners of both the world and the human heart. … Be prepared
to be amazed.”
– Karen Karbo, author of Julia Child Rules

“With The Gods of Second Chances, Dan Berne
has created a world that is immediate and true, tender and tough as nails, with
a protagonist, Ray Bancroft, to match.”
–
Rob
Yardumian, author of The Sound of Songs
Across the Water

Dan Berne’s short stories and poetry have been published in literary magazines and
he earned a literary award from the Pacific Northwest Writers Association. He
owns a market strategy consultancy and is currently writing a book on market
transformation. Dan lives with his wife, Aliza, in Portland, Oregon. The Gods of Second Chances will be available March 1
through Forest Avenue Press.

Do you have a book you’d like to see in our “Spotlight” feature? Check out our guidelines and submit today!
Views: 14