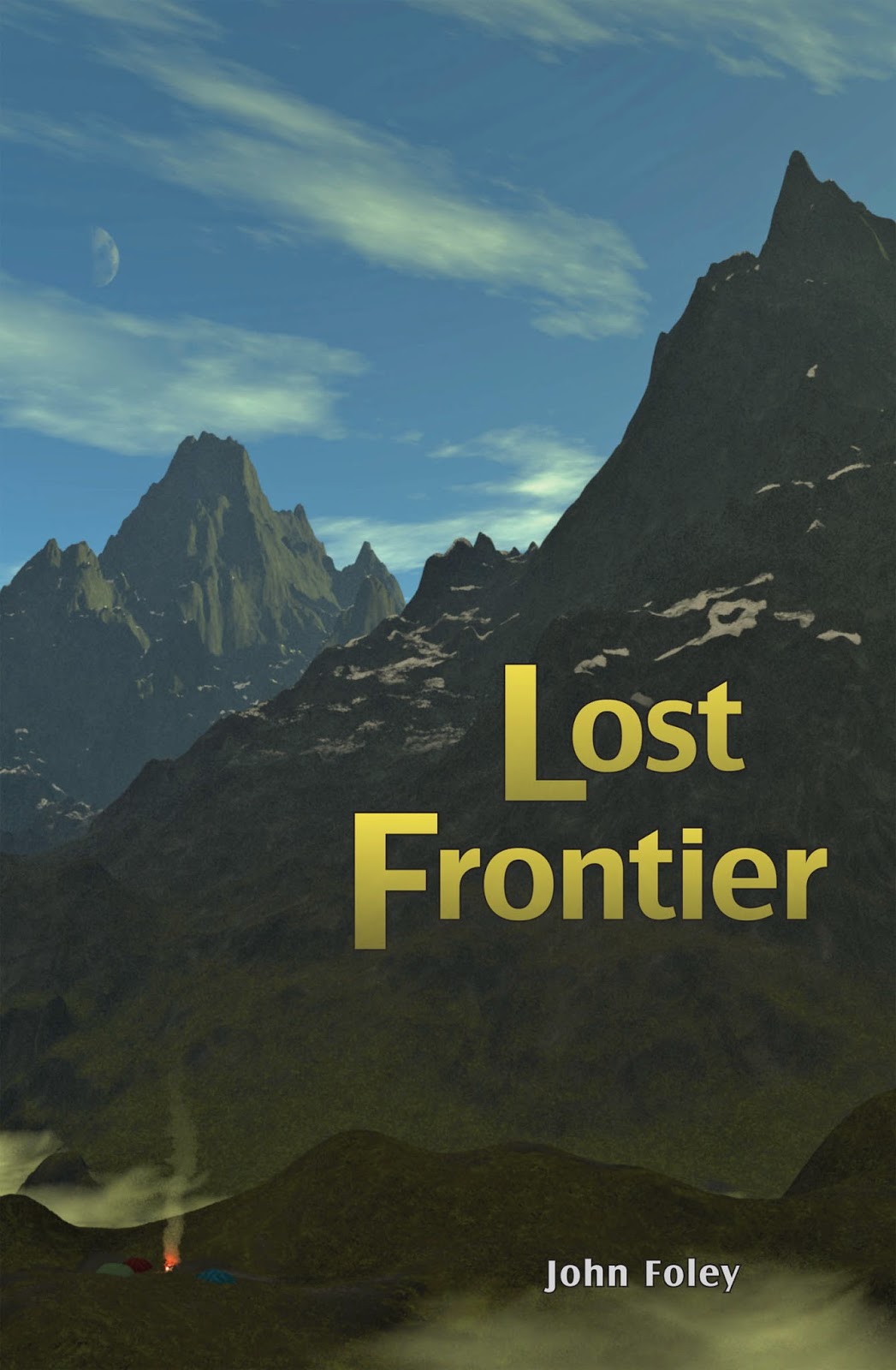 I’d guess it was about a thirty-foot drop.
Objects fall at thirty-two feet per second, according to my physics book, but
it sure seemed like one long-ass second.

The jokulhaup saved me. Without the
pressure flood, the creek would’ve been like the Arrigetch, and I would’ve
probably landed on the rocks. Even if I got lucky and hit water, most creeks
are only a couple feet deep, so I’d have hit bottom and broken a leg or
otherwise injured myself. Then Spooner would have strolled over and finished me
off.
Of course, immediately after saving me,
the jokulhaup tried to kill me. A torrent of icy water tossed me around like a
tree limb or other debris, and I was swept downstream. I was moving super fast.
I tried to turn so that I’d be floating on my back with my feet in front of me…(Lost Frontier,
John Foley)
Lost Frontier is a thriller
set mostly in the Brooks Range. Baird Higgins, a climber in his teens, has
ventured north with Paul Lehman, his friend, climbing partner and former
teacher. They summit two mountains in the Arrigetch Peaks. Paul leaves after a week,
but Baird stays to backpack 100 miles, solo, to Anaktuvuk Pass, believing this
arduous trek will help heal his broken heart. A few months earlier he lost his
girlfriend Jessie to – as he puts it – a muscle-bound mountain guide with big
teeth.
Baird
hasn’t gone far when he encounters the Hoods in the Woods. He and Paul met the
group’s adult leaders while in the Arrigetch, but now they are alone. Baird
quickly deduces that the boys killed their leaders. One of the hoods, Alex,
wants to dispatch of Baird as well, but Spooner decides that they need his
wilderness expertise to get out to a village.
Baird
soon learns that Spooner and Alex are the killers, and the other boys, while
juvenile delinquents, are mostly harmless. Three of the eight boys are killed
on the way to the village. And all that stands between Baird and certain death
are his skills and his wits.
“What
a page turner! As an ex-Outward Bound instructor, I can see that Foley knows
his stuff. This tale is as wild as Alaska itself. Lost Frontier grabs you by the throat on the first page and doesn’t
let you go.”—Bobbie Pyron, author of A
Dog’s Way Home and The Dogs of Winter
“Lost
Frontier takes you deep into the adventure of Alaska, a place that can bring
out the best – and the worst – in anyone. A great read for kids from 16 to
96.”—Mike Doogan, author Skeleton Lake
and other Alaska books
John Foley is a writer, artist and teacher currently residing in Page, Arizona. He
lived in Alaska during most of the 1990s, working as a reporter for The
Anchorage Times and as a bush teacher in Gambell and Tetlin.
He
has been back to visit several times since, including a stint as
Artist-in-Residence at Gates of the Arctic National Park and Preserve in 2008,
when he researched Lost Frontier.
John has written an Alaska memoir called Tundra
Teacher, published by Epicenter Press, and several young adult novels,
including Hoops of Steel, which was
named a Book for the Teen-Age by the New York Public Library in 2008.
In
his spare time John enjoys hiking, an activity he came to enjoy while peak
bagging with The Down and Outward Bounders in the Chugach Mountains.

Do you have a book you’d like included (free of charge) as a Spotlight feature? Check our guidelines and submit today!
Views: 9