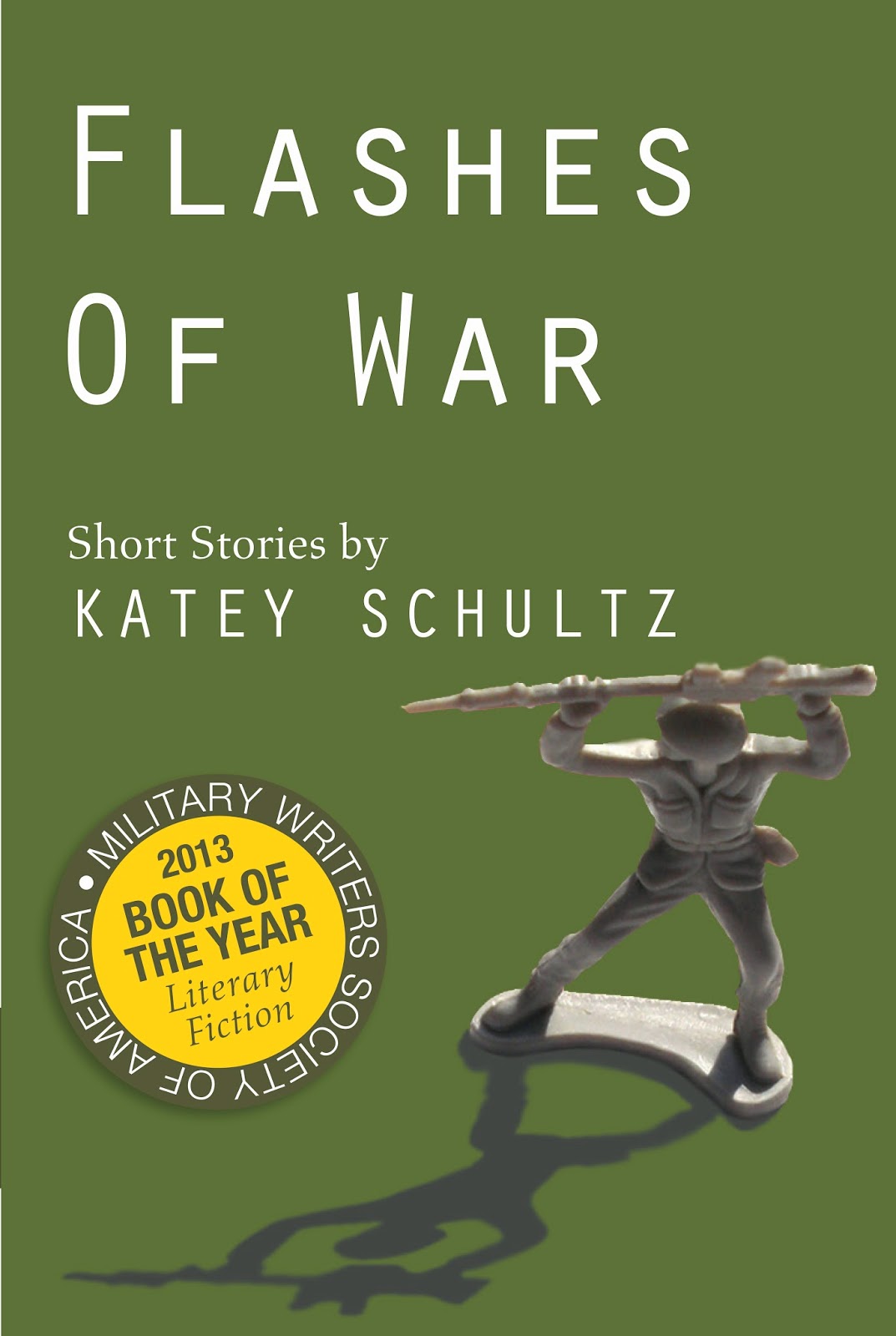 Katey Schultz will be teaching the 49 Writers workshop “Flash Fiction in a Flash” on Saturday, March 8. Register today!

That’s
just one definition among many that I’ve used over the course of my
six-years-and-counting love affair with flash fiction. In other words: the how
and the why don’t really matter. Back story, past histories, deeply drawn
character sketches—all that stuff goes out the window in flash fiction. We
don’t care if a kid put the toy in the kitty litter or if the house was robbed
the night before and the thief left a mess behind or if the cat’s name is
Fluffy or if there’s even a cat at all.

But we
do care about your reaction to this
situation. Flash fiction is always the story of reaction. You walk in the door
to your sister’s house. You smell the unkempt kitty box (Week-old poo, you think to yourself), you hear the second-hand
ticking on the clock and you pick up that bright red fire engine toy and throw
it at the wall…or you hold it in your hands and remember playing with your
nephew (his tiny fingers, how they curled around the toy’s tires like dainty
tentacles)…or you get down on the floor on your hands and knees and start
playing with the toy yourself. Your sister has moved away and taken your nephew
with her. However you react to this situation will reveal your character—the
kind of person you are and how you behave in the world. With any luck, it will
also offer indirect commentary on the human condition, thereby infusing a tiny,
sliver-of-a-moment in fictional time with universal pertinence and intrigue.

Once
you’ve got that first reaction down, the next thing you need to do is make
somebody talk. Enter a distinct scene, likely with dialogue, and light it up it
with as much vivid sensory detail as possible. Believe it or not, here’s where
the real fun begins, because within detail lies the possibility for metaphor
and within metaphor lies the opportunity for instantaneous, layered meaning. In
a matter of a few lines, writers can use a repeated image, a revealing
comparison, or the exact right detail to create a metaphor that does almost all
the heavy lifting in the story. That metaphor will imply the how and the why so that these things never actually have to be written. The
metaphor will hint at back story or character development without going on and
on, leaving readers with a healthy balance of satisfaction and curiosity.

Of
course, no style of writing can actually by as prescriptive as I’ve just made
flash fiction out to be, and there are loads of variations on this short form
that could look very different than what I’ve just described…but the gist of
the form is there: Something has happened and that something can be mundane or
tragic or preferably something in between. As writers, we make people up to
react to that thing, and we do so as efficiently as possible with the intent of
having fun, being clear (but not overly clear), and commenting on what it means
to be human. Technically, for flash fiction we get the job done in 250-750
words. Anything less than 250 and you’re entering the realm of micro, nano,
dribble, or drabble (and yes, those are real forms). Anything more than 750 and
you’re entering the realm of short-short or sudden (also real forms). The real
beauty of the 250-750 word story is that it’s long enough to get to rich
metaphor and therefore layered meaning, but it’s not so far along that the need
for full story arc starts ruining the party. We get in we get out. We have fun
and make a mess while we’re at it, and when it’s all said and done we’ve
usually got a little gem of a story we can read at open-mics, submit to places
like Smokelong Quarterly, or collect
in an anthology or manuscript of our own to wait and see what happens.

Incidentally,
this form comes in handy when working on longer manuscripts—novels or memoirs.
If you can master flash, you can master scene, and what is a memoir or novel
made up of if not a series of scenes? The nuts and bolts of tight, efficient,
evocative language and essential information are what flash fiction teaches; the
foundation of any good writing. I hope you’ll join me for a focused, fun,
intense, day-long flash fiction workshop this March 8th as a part of my Alaska book tour for my debut collection,
Flashes of War. I’ll provide lots of
examples, we’ll run through some prompts, we’ll share a little and laugh a
little and ask good questions and consider different answers. By the end,
you’ll have a definitive understanding of the form, you’ll have a few starts (and
maybe a finish) on new pieces, and you’ll have a packet of examples for
continued inspiration.

Katey
Schultz grew up in Portland, Oregon and is most
recently from Celo, North Carolina. Her debut short story collection, Flashes of War, was awarded the Gold
Medal Book of the Year in Literary Fiction by the Military Writers
Society of America. She has received half a dozen fiction prizes and traveled
to Alaska three
times while writing her book. She lives in a 1970
Airstream bordering the Pisgah National Forest and considers Alaska her greatest
muse.
Views: 9

1 thought on “Katey Schultz: Flash Fiction in a Flash”