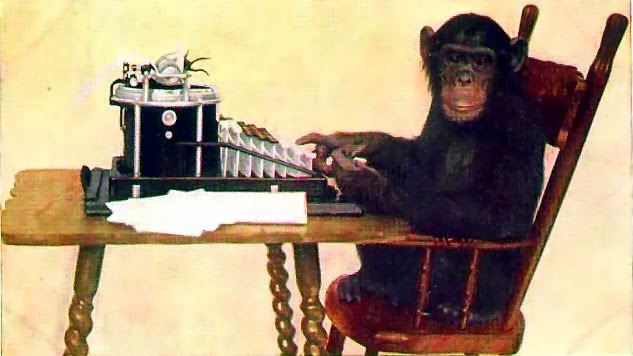 This week, I re-read the novel manuscript I’ve been working
on for two years in what is my final significant revision before I send it out (fingers
crossed) into the publishing world. I’ll probably sweep through it for typos
and discontinuities, again, but I’ve gotten to the point where I’m equally
blind to many of its strengths and weaknesses.

There are chapters toward the end that I’ve read, in full,
perhaps five or seven times. There are the parts in the middle I’ve read ten to
twenty times. And there are parts in the beginning I’ve read well over a
hundred times. The book’s first third is likely to be the most problematic: memorized
beyond recognition, calcified almost beyond re-molding. Though I did manage to
recently write a new prologue and cut about a third from chapter one, which had
become as overfamiliar as my own face in the mirror. That was difficult, but
liberating. Like getting a new haircut after years of the same old style.
(Wait, my ears have freckles?) The more we re-read our own manuscripts, the blinder we
become, and the more wedded to certain chapters, dialogues, images, sentences—those
very “darlings” we are told we should be ready to kill. Instead of being
provisional—as all writing should be, as long as possible—certain pieces come
to seem essential, part of the novel’s very DNA. They rarely are.


Reading good literature is the most important preparation for becoming a writer, but the one thing reading does not prepare us for at all is understanding that every book could have been written endless different ways, many of them quite successfully. We have trouble imagining Anna Karenina without that first line about all happy families being alike, or Pride and Predudice without that first line about a “truth universally acknowledged,” but that’s only because we don’t know what other openings Tolstoy and Jane Austen were pondering. Famous, beloved books give us an erroneously Calvinist view of literature: that it’s predetermined. The act of writing teaches us something more exciting: that there are parallel universes out there, in which even great books could have been created with different choices of POV, setting, chronology. (Did you know Fitzgerald first planned to set Gatsby in the late 1800s?)

Whenever you’re writing the opening of a new work, it feels
horribly shaky—not real at all. You wish for that fated, comfortable feeling:
that the characters are behaving just as they should be, that the novel could
begin no other way. But I’m starting to think that the mark of an experienced
writer is not her ability to banish those shaky feelings, but to live at
relative peace with them for as long as possible. To extend that
provisional/makeshift state of mind for months, even years, and in extreme
cases, even past the point of publication.

Consider the case of Louise Erdrich. In 2010, she told the Paris Review that she was rewriting an earlier published novel, The Antelope Wife. She now considers the ending “too self-consciously poetic, maybe sentimental.” She says, “I wouldn’t end it that way now. I am engaged these days in rewriting The Antelope Wife substantially—I always had a feeling it began well and got hijacked.” (Wouldn’t it be incredible to hear our favorite authors lecture about what parts of their already-published books they would change now, if they could? )

How can we fight the blinders and retain a conditional perspective about our ongoing drafts? Here’s a list of possibilities, including many tricks I try while revising any novel.

As for getting solid, craft-oriented advice from the beta-reader? Sometimes you will, but not always. Less experienced readers may be more inclined to polish and focus on small changes rather than consider macro-level transformation, like a radical reorientation of point of view, a complete re-engineering of structure, or the complete elimination of characters and episodes. (Yes, big changes hurt.)

It takes a special reader, mentor, or editor to understand that a manuscript is only one version, perhaps a barely recognizable version, of what a final book could end up being. The desire to see things as they appear now—and not as they might one day be—is the dilemma that confounds us all.

Do you have your own trick for fighting the blinders and maintaining a provisional mindset toward multiple drafts and ongoing revisions? Share here.

Andromeda Romano-Lax is the author of The Spanish Bow and The Detour. She is a co-founder of 49 Writers and teaches in the UAA MFA low-residency creative writing program. She is also a book coach with a special interest in revision, narrative structure, and the lifelong development of the writer. Contact her at aromanolax@gmail.com for more info on her book coaching services.

1 thought on “Andromeda: Why Reading and Revising Our Own Book Manuscripts Is So Hard, Part I”