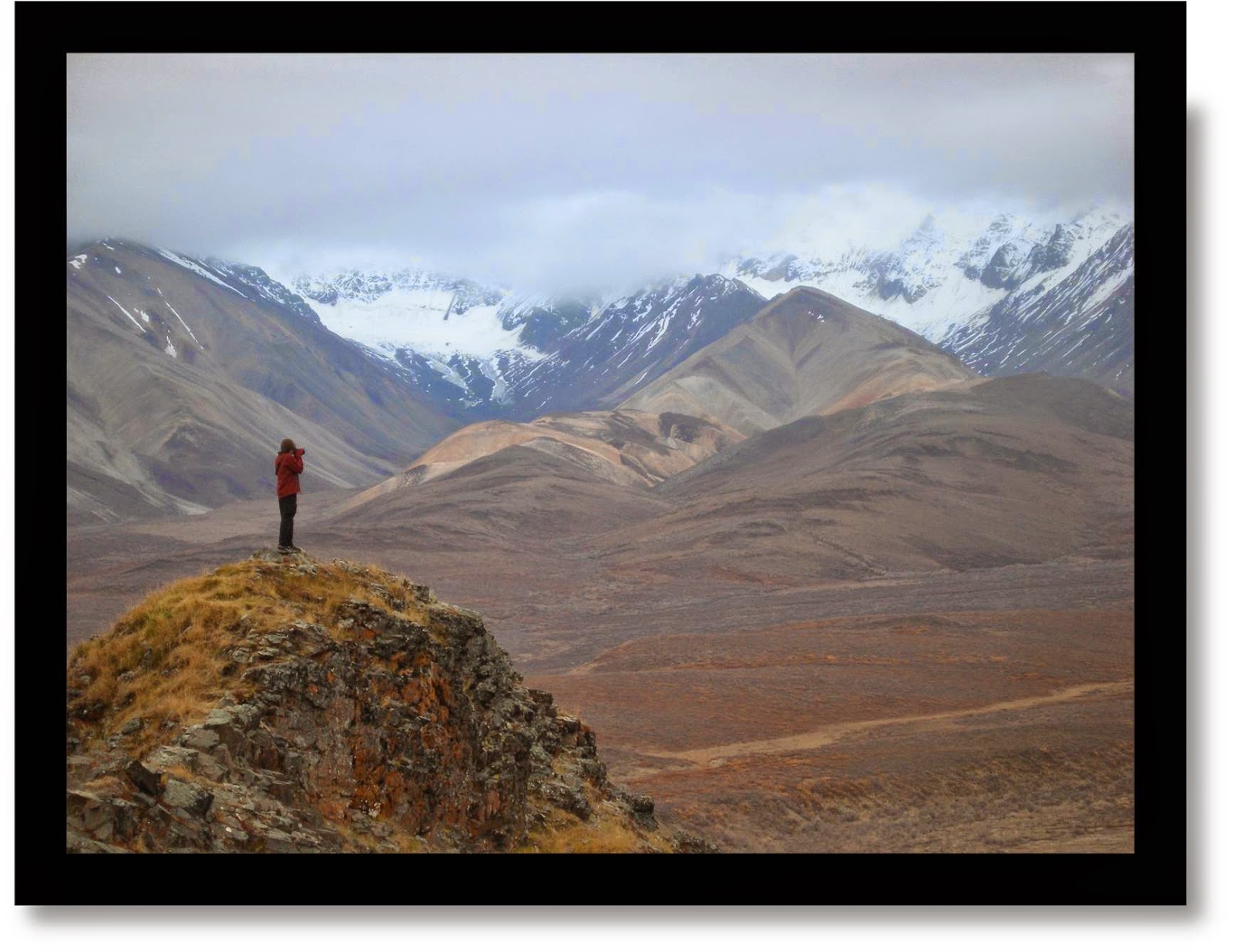 On the occasion of the 50th Anniversary of The Wilderness Act, guest blogger Marybeth Holleman shares her thoughts on the inspiration she finds in wilderness.

Fresh out of college, I visited my older sister, a ceramic artist teaching in West Virginia. She beckoned me to her yard to see her latest creation—a six-foot oblong curved shape, slightly hollow in the center. It was unlike anything I’d seen, and yet also strangely familiar. “It’s beautiful,” I said. She beamed, and walked over to another shelf, picking up a piece of wood, weathered and shined by time. “It was inspired by this,” she said, “that you gave me.” I didn’t remember this remnant tree limb, but she said I’d found it on a hike in the Smokies near Asheville, NC, where we grew up. That I’d given it to her, and it had inspired her art.

This was when I first realized that most, if not all, art has at its root inspiration the natural world. A few years later, becoming disillusioned with my work in renewable energy policy for the state of NC, I began thinking of trying my hand at writing. I wanted to get at deeper truths, I wanted to reach people at a gut level. At root. The way Edward Abbey’s Monkeywrench Gang and Rachel Carson’s The Edge of the Sea had reached me when I was navigating college.

I’d also come to realize that powerful works of writing had inspired policy makers as well; I’d listened to historian Donald Worster explain how The Wilderness Act resulted in part from a national attitude towards nature and wildness that was defined and nurtured by the words of Thoreau, Emerson, Carson, Muir – all the great early American nature writers.

Growing up in the Appalachians, I figured out early on that the natural world was my bedrock. Over time I learned that this bedrock is the most solid, clear, and unyielding in wilderness—in those places that remain the most unmediated by human activity or development.

By mediation, I mean a kind of buffer, like when we’re in a car or behind the glass of a visitor’s center, looking out—any human construct that comes between us and the actual physical world.

When a place is unmediated, I have that sense of being there, fully immersed. This is not easy, it’s often not comfortable, but it is where I feel most alive. All my senses are heightened by being where bears live, by being where I can’t control the tides, where I am put in proper scale with the rest of the living, breathing world.

So it makes perfect sense that, when I came to Alaska for a summer job nearly 30 years ago to sell tickets on the train between Portage and Whittier, I never left. Alaska is replete with places where I can feel in proper scale. 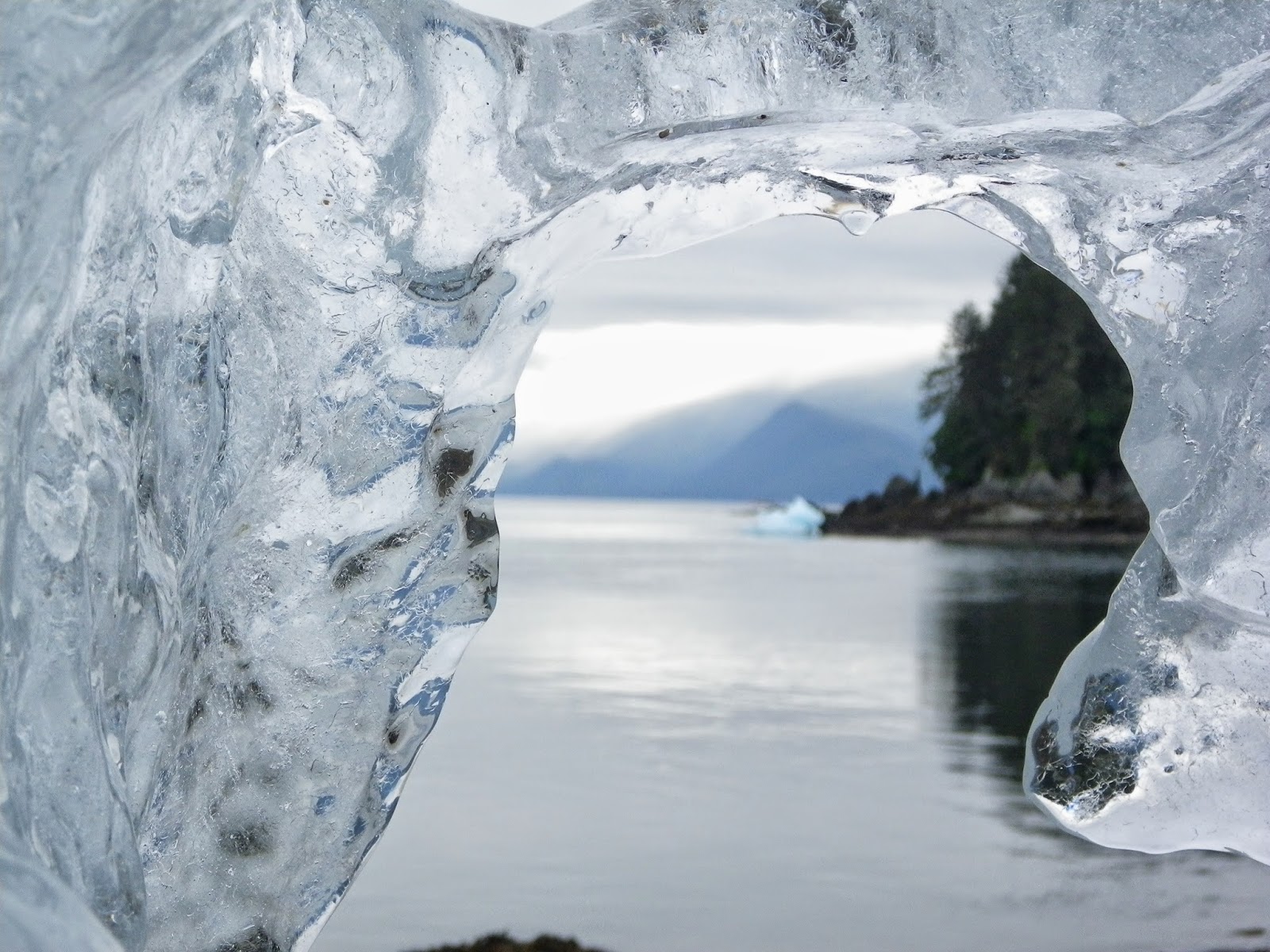 I still recall with crystal clarity some life-changing moments of my first summer in Alaska. That first afternoon in a kayak, paddling Passage Canal, drifting by the kittiwake rookery (the tides were with me) and hearing the sounds of waterfalls, of birds, appearing and disappearing, appearing and disappearing. And then that fall, the long daylit nights at Denali National Park, getting off work at the gift shop and taking a late night hike up into the hills. Driving out the road after the first snowfall, during the two weeks cars were then allowed in the park, and stopping, getting out of the truck, looking back–at a line of wolves, all black, trotting up a hillside, in perfect formation, perfectly fitting their world, and me, there, too, at least in that moment, in proper scale.

The power of Alaska’s wild to invoke this in me has not diminished with time and familiarity. A few years ago, on an artist residency in the Tongass National Forest’s Tracy Arm Ford’s Terror Wilderness, I felt that sense of proper scale once again, sitting on a swirl of ancient rock recently released from ice, taking in the vast view: a tidewater glacier rumbling to the sea, a seal diving in the cerulean waters at the base of a waterfall, a massive iceberg floating by our camp, big as an island I could live on the rest of my life.

I am lucky. I know this to be true. I grew up on family hikes to Devil’s Courtyard and Craggy Gardens and Wayah Bald, on wild rides down Sliding Rock—a 60′ natural rock slide that ends in a deep pool—on rock climbing in one of the country’s first designated wilderness areas—the Shining Rock Wilderness. These places are as much a part of my childhood as my little brother laying down on the floor, poufing out his stomach, and yelling, “Hey, look, here’s Mount Mitchell!” Mount Mitchell being, well, the highest peak east of the Mississippi. And my brother, well, having a special talent. These places—Craggy Gardens, Devil’s Courtyard, Shining Rock—they are family.

And then I moved to Alaska, where I’ve been surrounded by wilderness—some designated and thus protected to varying degrees of success, some not designated but de facto wilderness because of how few people live here. We Alaskans have been lucky that way for a long, long time. But that’s changing, has been, my whole life here, and more and more I see how tenuous even those places designated wilderness hang on to the essential characteristics that make them what I, as a human and as a writer, need.

Two places in Alaska that are touchstones for me—family for me—have shown me this tenuousness: northwestern Prince William Sound, which has been a wilderness study area for decades but has not, it turns out, been managed as wilderness; and Denali National Park, where the iconic top predator, wolves, are decimated along the northeast boundary on state lands. We draw lines, but for wolves those lands are part of their territory, the natural topography of their continuous territory. And then, of course, overlaid on all the other pressures human society puts on wild places is climate change.

As a writer, I owe it all to natural places, the birth of all my best ideas, images, stories. And Alaska’s wild places fuel my writing endlessly. In the wild, I enter into a conversation that’s always going on but is usually drowned out by my busy, noisy, human-centered life. I enter that wild conversation and am ignited, and new insights and images appear, and everything makes sense.

Making sense – my senses, all alert and awake—in that I find what’s real. And there are rare moments when I feel, as Mary Austin wrote about her experiences in the desert southwest, a “flash of mutual awareness,” when there is some apparent reciprocity between me and an oystercatcher, a wind-sculpted hemlock, a rock outcropping.

When I do my job right, I’m able to capture some small part of that conversation, that reciprocity, in words. That’s why, in The Heart of the Sound, I wrote short prose pieces in between the main chapters. In one, I’m boating back in pouring rain and heavy seas, wanting only to get home, when a sea lion pops up in front of our Zodiak, tosses a salmon into the air, catches it in its pink mouth, gives me a look, then arcs beneath the seas, home. These are moments of insight, reciprocity, shared conversation—and they are my attempts to give voice to the more-than-human world.

You know what they say about visiting wilderness: Take only pictures, leave only footprints. But I always take with me so much more. Not just my scribbles in my write-in-the-rain pad, but a host of experiential knowledge that carries on in my work, a subterranean river of knowing, that conversation reverberating in every experience I have after.

I’ll end with a quote from the late, great, Peter Matthiessen, from The Snow Leopard, which speaks to reciprocity: “The sun is round. I ring with life, and the mountains ring, and when I can hear it, there is a ringing that we share.”

Marybeth Holleman is author of The Heart of the Sound: An Alaskan Paradise Found and Nearly Lost, co-author of Among Wolves: Gordon Haber’s Insights into Alaska’s Most Misunderstood Animal, and co-editor of Crosscurrents North: Alaskans on the Environment. She has received many awards and residencies, including Hedgebrook and Mesa Refuge; most recently she was an Artist in Residence at Denali National Park.