Membership
Menu
The seats are filling, but we still have room in the upcoming 4-week class, “Writing the Intimate and the Explicit,” which will meet Wednesday nights beginning Oct 1 from 6:30-8:30 pm. To get a sense of the questions and exercises that will be featured, read my original June post on the topic, to which I’ll add two updates:
1. I gave a lecture on this topic at the UAA MFA residency in July, and the brief afternoon class was energetically attended and full of opinionated discussion, a-ha moments, and lots of laughter. With so little time, we had a chance to wade into the uproarious subject of truly awful sex scene writing, but we did not get to many examples of good sex writing (which is, by necessity, more variable and harder to pin down). Nor did we get to put ideas into practice with more than a few minutes of writing exercises. This 49 Writers class will be different. We’ll have time to read, to laugh, to discuss, and also to write–lots.
2. I want to be clear: we will be looking at these issues from a literary perspective,  which is to say, we’ll be examining moments and scenes that contribute to story, character, theme, and so on. If you’re hoping to write the next 50 Shades of Grey, good for you, but this class may not get you there. If, on the other hand, you’re trying to figure out how handling key scenes with attention to craft (diction, figurative language, POV and more) may add life to your story, novel, or memoir, please join us. We all have lots to learn. If you’re interested, read on…

This blogpost was originally published on June 5, 2014 as “The Hardest Three Letters to Write”
In twenty years of writing fiction and nonfiction, I’ve written perhaps seven passages that would qualify as “sex scenes,” from small moments of intimacy to explicit dramatizations of blush-worthy behaviors.
I’ve published about half of those scenes in novels.
That ratio of practice to publication is not exemplary; I’d much rather say I’d written dozens or hundreds of intimate passages and shared publicly only the least clichéd, the most true and well-crafted.
Instead, I simply jumped in—perhaps fewer times than I should have—holding my breath. I did my best (in some cases, relying on humor), worried and winced, did little revision, received minimal feedback before or after publication. Like many authors and most if not all of my writing students, I assumed I was handling the material awkwardly and mildly fretted about the final result, while secretly hoping I didn’t do too badly after all, but also aware that I might never know for sure. (This type of timid fretting and vain hoping is not the way to develop a thick skin or a solid writer’s toolbox!)
Julian Barnes mocks some top authors sex-writing gaffes—including John Updike’s comparison of the male member to a yam—and explains the problem in a wonderful, all-too-brief and not particularly R-rated collection of academic essays called Explaining the Explicit, published as a Kindle single. 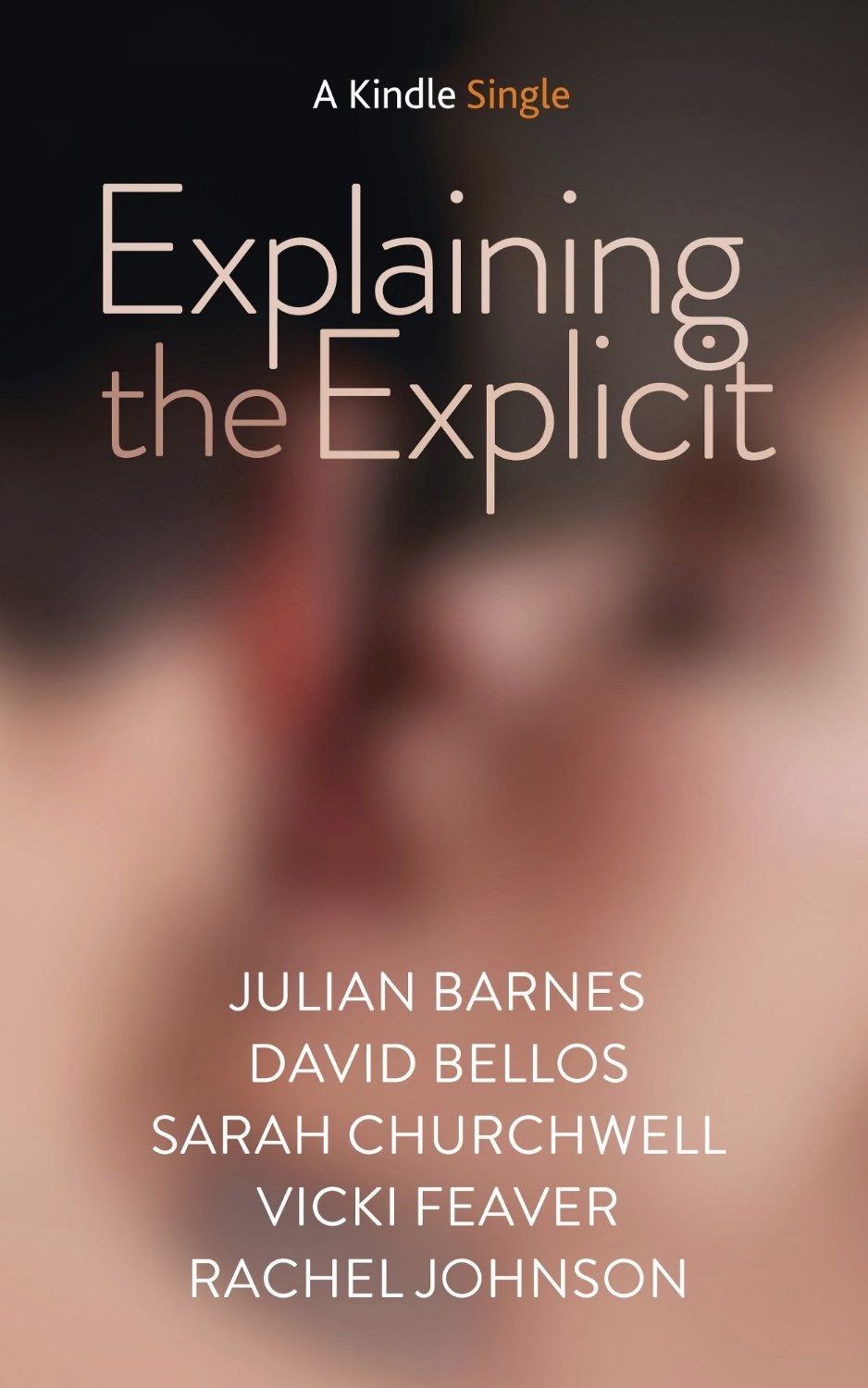 Barnes writes, “(As a novelist) I faced the same questions: how much do you tell/show/imply/elide/omit? What words do you use and what effect are you trying to have? Is writing about sex the same as writing about any other human activity—say, gardening or cricket – or is there a fundamental difference of category? And how is it best done?”
Sex, like death and love, is something that veers too easily into received ideas and strained metaphors. The most essential human experiences can be the hardest to write about without risking embarrassment, melodrama, or purple prose. Which doesn’t necessarily mean we should avoid them.
What I do know for sure: Acts of physical and emotional intimacy are not only natural, but are an extremely powerful way to reveal character. (In some stories, they are key to advancing plot as well.)
As Barnes says, “How someone behaves intimately is an invaluable guide to their nature and personal history; sometimes predictable, sometimes surprising, sometimes quite out of supposed character.”
Unlike, say, writing scenes about people talking, eating food, or driving cars from place to place (scenes I’ve written hundreds of times), we underpractice sex scenes and yet hope—without reason to hope—to succeed. But how can we? Writing requires practice, risk, feedback, reflection, distance, stamina, redrafting. If we treat writing sex like disposing of a dead cockroach—do it as quickly as possible, while looking away—how on earth are we supposed to get better at it?
WHAT IF we decided that writing about sex –by which I choose to mean realistic sex written about in a larger storytelling context, not erotica per se and not pornography (always subjectively defined, of course)–is a powerful way to practice better writing, in general? By better writing I mean selective use of concrete detail, shaping of scene with conflict and change or lack of change in mind, attention to tone and language, attention to setting, consideration of narrative stance, consideration of the most effective POV, manipulation of tension and suspense, experimentation with voice.
WHAT IF we gave ourselves challenges, using a complete palette of narrative techniques: Write a scene that ends before the sex actually starts. Write a scene that begins just where the sex ended. Tinker with summary versus scene; explode or condense the action. Play with time and the filter of memory. Write a scene about older people having sex, about people of vastly different ages or backgrounds. Freewrite, not for public consumption, about what boundaries we choose to draw, about what we dare not write, and perhaps why. Write about a moment of intimacy that creates a shift in power, about a misunderstanding. Write about sex between people who have just met, who have just divorced, who have been married fifty years, who might be dying, who just had a first child, who know someone is listening, who decide mid-way through it was a bad idea, who discovered something new about themselves in the brief duration of a charged moment. Change the setting. Write about sex in a different time period, culture, or both. Write explicitly. Write obliquely. Use humor. Now try being serious. Write about sex that created a secret or cracked open a secret. Turn an autobiographical episode into fiction. Reflect on a passage from a favorite or influential novel in order to discover something about your own early sexual ideas and influences, autobiographically. Read some examples of the worst sex writing as chosen by literary judges (again, noting that even respectable literati are on the Guardian’s worst offenders’ list). Write the worst passage you can. Write a poem or prose passage and let it be as bad as you can make it, metaphorically awful and wince-making. Now set it aside and write something from the heart. All writing is self-exposure.
WHAT IF we dared to share such writings in a workshop?
Join us!
Andromeda Romano-Lax is the author of The Spanish Bow and The Detour. She is a co-founder of 49 Writers and teaches in the UAA MFA low-residency creative writing program. She is also a book coach with a special interest in revision, narrative structure, and the lifelong development of the writer. Contact her at aromanolax@gmail.com for more info on her book coaching services.
Views: 13