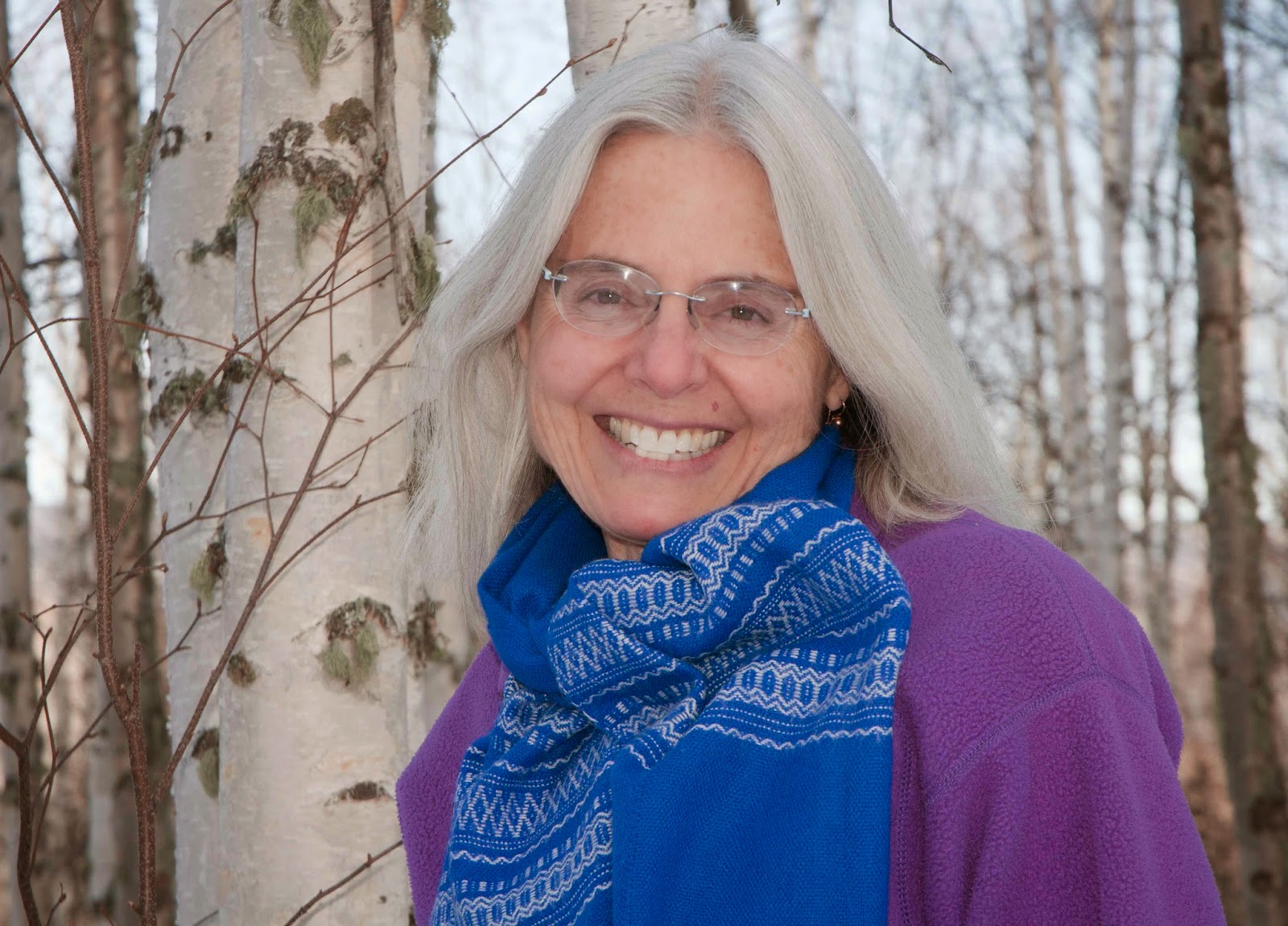 I did
not intend to devote this third installment of “The Non-Conforming
House” to a single night-dream of mine—so I won’t, for fear you won’t
understand.  Instead, I’ll begin with a brief
comment on my creative process and some background about Carl Jung.

True to
my resolution to treat this blogging opportunity as an extended/extending
artistic experiment, yesterday I sat down for an hour and did what I did not do for the first two blogs: I
reviewed, and even organized, notes.

Yes, I
had made notes.

Nearly a
week ago, in the freshness of a Sunday morning—after I’d awakened and turned
off KUAC-FM radio, for they’d begun their Fall Fundraiser and I wasn’t in the
mood for yammering, and after I’d walked up to the outhouse and back—I was
pouring water onto a cloth to wash my face, and using a pitcher and a red
plastic cup (instead of the clumsy spigot on the blue 5-gallon jug, which causes
me to waste water), when I found myself thinking of things to say in Blogs #3
and #4.  Thereafter for about an hour, I
scribbled ideas and sentences on what turned into a bevy of yellow sticky notes—while
at the same time washing my face, cooking oatmeal in a bowl in the microwave
oven (a method that produces a gelatinous mass not so appetizing as my
pre-construction-days stovetop-cooked oatmeal, but hey, this saves me from
having to use up water and propane and time to wash a pot and a wooden spoon), then
eating the oatmeal with walnuts and raisins, washing the week’s dirty dishes
with water heated in the tea-kettle, dumping the soapy water into the
slop-bucket to carry outside, and brushing my teeth with my electric
toothbrush.

I knew (knew?) that my Blog #3 would swirl
around languages—meaning the “non-conforming” nature of my life,
language-wise.  And now suddenly—unexpectedly,
inconveniently, intriguingly—several ideas about that were taking shape and
crystallizing, right when (of course) I should have been focusing on getting
dressed and sitting down to draft Blog #2.

So that
is how I came to have notes to review for this week’s Blog #3.

Last
night there were many medium-sized yellow squares to sift through and stick, in
some kind of order, onto blank sheets of paper—plus three books to review (one
of which I’ll name shortly, the other two next week perhaps), and a pile of
folders with notes from other people’s work and ideas, stretching back many
years.

I spent
that hour—plus more time later (11:00pm to 3:15am)—gathering and mulling over
my thoughts, ideas, research, and long-time learning about the “languages”
that speak to me and nurture/inform my own life and work:

It
was an engrossing five hours and proved, of course, to be way too much for a 49
Writers blog post.  Perhaps my Blog #4
can touch on some of what I concluded.
For now I’ll just tackle a little of Jung and the gift of my night-dream.

In 1909,
Carl Jung made a seven-week trip to the United States with his friend and elder
colleague, Austrian psychologist Sigmund Freud.
In his autobiography Memories,
Dreams, Reflections (first published in 1961 in German, after Jung had passed
away at nearly 86), the younger man stated, “We were together every day,
and analyzed each other’s dreams…Freud was able to interpret the dreams I was
then having only incompletely or not at all…One in particular was important to
me, for it led me for the first time to the concept of the ‘collective
unconscious’…” (p. 158, Vintage Books Edition, publ. 1989).

(Note
to the reader: all of the quoted material below is from this edition, pages
158-162).

He was
in a house with two stories, a house he didn’t know, but it was “his
house.”  He found himself in the
upper story, where there was “a kind of salon furnished with fine old
pieces in rococo style.  On the walls
hung a number of precious old paintings.
I wondered that this should be my house, and thought, ‘Not bad.’  But then it occurred to me that I did not
know what the lower floor looked like.”
Jung describes what he saw as he descended the stairs to the
“ground floor,” which proved to be everywhere “rather dark”
and to have floors of red brick and furnishings from medieval times.  Then he discovered a heavy door that opened
onto “a stone stairway that led down into the cellar,” where he found
himself “in a beautifully vaulted room which looked exceedingly
ancient” and, he concluded, proved to be “from Roman times.”

“My
interest now was intense,” Jung writes.
“I looked more closely at the floor.  It was of stone slabs, and in one of these I
discovered a ring.  When I pulled it, the
stone slab lifted, and again I saw a staircase of narrow stone steps leading
down into the depths.  These, too, I
descended, and entered a low cave cut into the rock.  Thick dust lay on the floor, and in the dust
were scattered bones and broken pottery, like remains of a primitive
culture.  I discovered two human skulls,
obviously very old and half disintegrated.
Then I awoke.”

Jung
tells how Freud “was chiefly interested in” the two skulls, and how
Freud urged him “to find a wish
in connection with them”—a secret death-wish that Jung might feel toward
some person or people he knew.  Jung
“felt violent resistance to any such interpretation” and had his own
idea—or “intimation”—of what the dream might mean, but he was
reluctant to express it.  Only after some
weeks did he finally allow himself his own interpretation of the dream.

“It
was plain to me,” he writes, “that the house represented a kind of
image of the psyche—that is to say, of my then state of consciousness, with
hitherto unconscious additions.
Consciousness was represented by the salon.  It had an inhabited atmosphere, in spite of
its antiquated style.  The ground floor
stood for the first level of the unconscious.
The deeper I went, the more alien and the darker the scene became.  In the cave, I discovered remains of a primitive
culture, that is, the world of the primitive man within myself—a world which
can scarcely be reached or illuminated by consciousness.  The primitive psyche of man borders on the
life of the animal soul, just as the caves of prehistoric times were usually
inhabited by animals before men laid claim to them.

“During
this period I became aware of how keenly I felt the difference between Freud’s
intellectual attitude and mine…The dream pointed out that there were further
reaches to the state of consciousness I have just described: the long uninhabited
floor in medieval style, then the Roman cellar, and finally the prehistoric
cave.  These signified past times and
passed states of consciousness.

“Certain
questions had been much on my mind during the days preceding this dream.  They were: On what premises is Freudian
psychology founded?  To what category of
human thought does it belong?  What is
the relationship of its almost exclusive personalism to general historical
assumptions?  My dream was giving me the
answer.  It obviously pointed to the
foundations of cultural history—a history of successive layers of
consciousness.  My dream thus constituted
a kind of structural diagram of the human psyche; it postulated something of an
altogether impersonal nature
underlying that psyche…It was my first inkling of a collective a priori beneath
the personal psyche…Later, with increasing experience and on the basis of more
reliable knowledge, I recognized [such images] as forms of instinct, that is,
as archetypes…

“To
me dreams are a part of nature, which harbors no intention to deceive, but
expresses something as best it can, just as a plant grows or an animal seeks
its food as best it can…”

This
story of Jung’s was one of the many writings and notes I had spent time
reviewing last night.  Imagine my
surprise (and in some ways gratitude), when I awoke this morning—again to the
yammering of the Fall Fundraiser at KUAC, which I again turned off, for I’d
already phoned-in my annual contribution on Wednesday—and now realized I had
had a dream about my non-conforming house and I should write it down.  Which I did and which, of course, proceeded
to speak to me even more as I participated in the act of recording the dream in
written words and thereby giving it / bringing to it more form and substance
than it had had, moments before, in my “fresh” memory.
As Jungian analyst Brian
Collinson, in Canada, expresses on his website Journey Toward Wholeness, it is true that all humans must dwell
somewhere.  This applies to each person
in his or her inner world as well as in the outer one.  As in the outer world, one’s inner house
has characteristics, and one’s relationship to that house is changed by one’s choices.
A Jungian
thinker pays attention to the theme, motif, or archetype of the house in the
dreams of herself or of others, in times of personal tension or crisis or,
indeed, at any time.

And
so my dream (from sometime before 8:00am this morning) seems quite relevant
here.  But alas, my word count is more
than used up.  And so I must wait until
next week to share the dream.

Carolyn Kremers lives in
Fairbanks and teaches part-time in the English Department at the University of
Alaska Fairbanks.  Her books include Place of the Pretend People:
Gifts from a Yup’ik Eskimo Village
(memoir), The Alaska Reader: Voices from the North (anthology co-edited with Anne Hanley), and Upriver (poetry; a sequel to Place of the
Pretend People).  Upriver was a Finalist for the 2014 Willa Award for poetry, from Women Writing
the West. Carolyn’s website is www.pw.org/content/carolyn_kremers_1
Views: 9