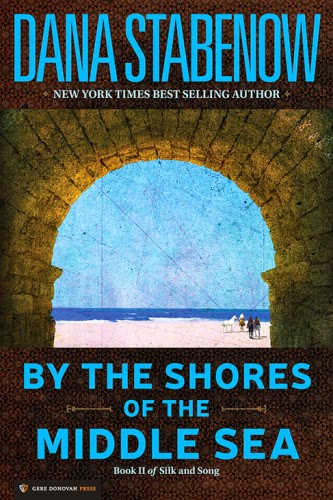 When this post first ran back in 2009, bestselling author Dana Stabenow was in the process of writing the first novel in what became her Silk and Song trilogy, about Marco Polo’s granddaughter traveling
the Silk Road west from 1322 to 1327, China to England. Now that she has just released the second book in the series, with the third coming out next year, we thought it might be fun to revisit her thoughts on the process of writing history.


I’m writing an historical novel set in the 14th century, and for a long time I obsessed over how to avoid anachronism, particularly in dialogue. [Example: Marco Polo’s granddaughter, Johanna, going to the stables to discover BFF Jaufre fighting off the advances of a pretty maid: “Dude! Totally awesome babe, man!”]

I’ve stopped worrying about it, though. I’ve read a lot of history, and somewhere along the line I came to believe that we just aren’t all that different from our ancestors.

Take Eratosthenes. He’s the guy who figured out in 300 BC not only that the earth was round, he also calculated its diameter. Yes, that would be 1,900 years before the Catholic Church put Galileo under house arrest for saying the same thing. All Eratosthenes had were his eyes, his feet and a stick, but he could still do the math.

How about the ancient Hawaiians? They navigated their way across two thousand miles of open ocean using star charts made of bamboo strips and cowrie shells. When they made landfall, they built the Place of Refuge on Hawaii, an enormous platform carved from pahoehoe, the ropey kind of lava, with walls perpendicular to right angles. Five hundred years ago Hawaiians were wearing loincloths and carrying spears and sacrificing slaves to their gods, but they could still do the math.

There’s a quote I like from Robert Heinlein’s Lazarus Long, as follows:

Anyone who cannot cope with mathematics
is not fully human. At best he is a tolerable subhuman
who has learned to wear shoes, bathe,
and not make messes in the house.

In my historical novel, my characters are going to spend some time working on a gothic cathedral. I’ve been to Chartres twice myself. Took ‘em 66 years to build it, starting in 1210, and it hasn’t fallen down yet. That was 800 years ago, centuries before rivet guns. But they could still do the math.

We’re not that different, Eratosthenes and Polynesia Guy and Bishop Fulbert and me. It’s just our technology that’s different. I’m thinking my characters can speak plain English, of course absent slang and colloquialism in either direction. There will be no forsoothing, that’s for sure.

But they will be fully human.

Bestselling
author Dana Stabenow was raised on a fish tender in southcentral Alaska, and
she knew there had to be a warmer, drier job out there somewhere. When she’s
not busy authoring books, she is working on Storyknife, a residency planned for
women writers.
Views: 5