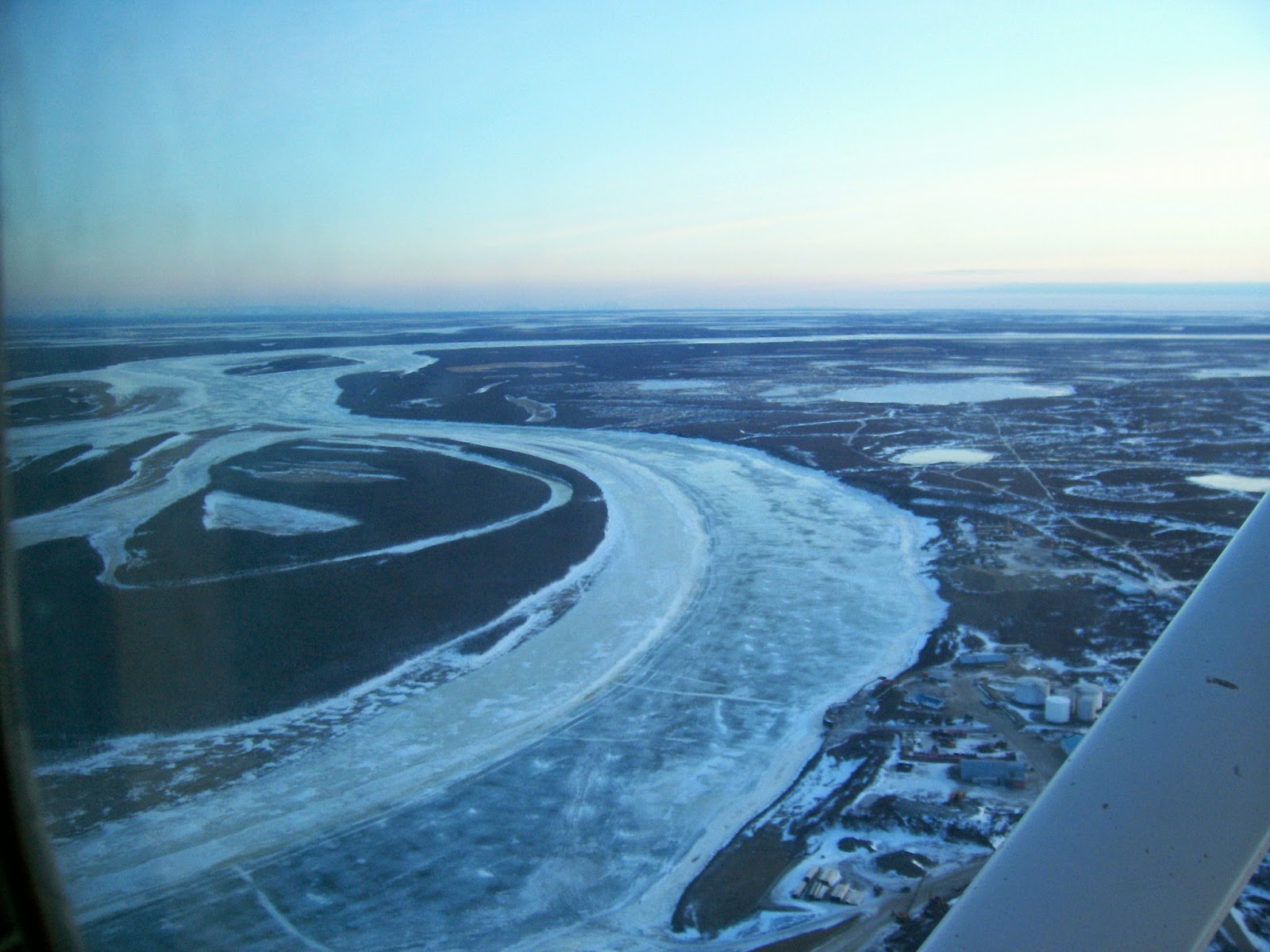 As an outsider writing about rural Alaska,
I was conflicted about my right to speak at all. The idea of poet or writer as
witness, would in time give a channel, a justification, for my words and perceptions.
The introduction to Holy Land, the
narrative poem that represents my first effort to get Bush Alaska on paper, reveals
my process as I struggled to recognize my purpose and to validate the right to
write:

Holy Land was written by one pilgrim—one refugee—just to get it down on paper.
It’s not the insipient tragedy that leaves the wanderer misshapen and begging
for release. It’s the burden of the untold story. These are the tentacles that
begin to wrap about the gut and squeeze in dark hours. I don’t claim to
understand this holy land or these fine people, but I do have a stake in the
story.

Before I fully internalized my “right to
tell,” I read the work to people in Bethel and eventually read a significant
part of “Holy Land” onstage, at a Bethel talent show. Not sure of my role as
witness, I looked for permission.

This was compounded, at the time, because
Linda McCarriston, a nationally known poet and a faculty member at UAA, was
being decried in the press over a single poem, “Indian Girls.” Protests about
the poem were led by Native activist Diane Benson, who was also McCarriston’s
student. McCarriston’s classroom was picketed, her job in jeopardy.

Living in Bethel and reading in the
Anchorage paper about “Indian Girls,” I was inexplicably drawn to pull “Holy
Land” from a six year hiatus in a drawer. I re-keyed all 30 pages into my
newest computer and, after getting the local nod—“It’s about time somebody said
all this”— I submitted “Holy Land” to Alaska
Quarterly Review. I would blunder toward this fray.

“Holy Land” was published in the summer
2005 issue of AQR, my first literary publishing credit. In my own opinion, “Holy Land” goes much
further than McCarriston’s toward what one might call trespassing. Dark secrets
are told, by way of a Native man, whom I imagined was addressing the reader or
an off-stage character, much like myself. The words he speaks came from my
experience. He’s wise, compassionate, and fed up; in that, he is a lot like me.
I expected to be taken to task for the act of putting words in his mouth. The
only reason I have been given for why it is going over without comment is that
he says it right, somehow. I wanted him to say it right.

Stories demand telling. Wrongs force voice
from witnesses, don’t you think? I can’t stay quiet about all this. Curiously,
one of my unpublished manuscripts is titled, “The Story Thief.” The thief of
the title was one of the first to take tales from rural Alaska, publishing them
for personal gain – and, yet, the people of the village take pride in them,
today. Sins are various and we have all done something.
A broader, deeper literature of rural
Alaska is yet to come. Here are some early entries. The making of the list,
below, triggered recall of additional books including those involved with my
relocation to Alaska, Going to Extremes
by Joe McGinniss, and Lael Morgan’s
account of a visit to Bethel, embedded in a larger work. More writing from
Alaska’s Native people will extend this literature into new realms.

A School Teacher
in Old Alaska
– Jane Jacobs gives shape to her great aunt’s journals, creating a teaching
memoir from 1904.
Tisha Must be the most
widely read story (1927) of a teacher in an Alaska Native village.
Daylight Moon Not as widely
read, Elizabeth Chabot Forrest tells of teaching in Wainwright, a village on
the Arctic Ocean.
Raising Ourselves:
A Gwitch’in Coming of Age Story  Velma
Wallis has also written two books based on cultural myths.
Yuuyaraq: The Way
of the Human Being
Harold Napoleon of Hooper Bay implicates post-traumatic stress as cause of
current troubles experienced by Alaska native families.
Ordinary Wolves: A
Novel
Seth Kantner’s novel draws on his childhood in Northwest Alaska.
Place of the
Pretend People: Gifts from a Yup’ik Village Carolyn Kremers. A teacher’s
memoir of Toksook Bay, Alaska.
Hollow Out, Kelsea Habecker.
This collection of poems five years teaching in an Inupiat Eskimo village on
the Arctic Ocean.
The Hide of My
Tonque: Ax L’óot’ Doogú  Vivian Faith
Prescott. A collection of poems that give a familial and historical account of
the loss & revitalization of the Tlingit language.
Slick Vivian Faith
Prescott’s online chapbook with a focus on oil. Love “October Checks,” a nod to
the PFD and our greasy fingers.
The Last Light
Breaking: Living Among Alaska’s Inupiat Eskimos Nick Jans’ work
was introduced to me by instructor Oscar Alexie in a Yup’ik culture class at
Kuskokwim Campus, College of Rural Alaska.
Always Getting
Ready
Jim Barker has been the photographer of the Yukon-Kuskokwim Delta for about 40
years. I typed and formatted his resume when he was hired to teach photography
at UAF. He gave me a photo as payment. This book includes many well-known pics.
Fifty Miles from
Tomorrow: A Memoir of Alaska and the Real People – Alaska native
leader Willie Hensley account of growing up in Northwest Alaska.
Harmonious to
Dwell
– Jim Henkelman’s history of the Moravian Church in the Y-K Delta.
The Raven’s Gift – Don Rearden’s
doomsday thriller is set in the Y-K Delta. Having grown up in Bethel, Rearden
gets the culture right.
My Name is Not
Easy
Debby Dahl Edwardson’s novel of brothers set in the ‘60s at a Copper Valley,
AK, boarding school.
Bethel: The First
100 Years.
Pictorial and narrative history of Bethel.
Turn Again Kris Farmen’s
novel of old Kenai.
Lucy’s Dance Deb Vanasse’s
children’s book about the return of traditional dance to a Yup’ik village.

Editor
of Cirque, a literary journal, Sandra Kleven is a poet, filmmaker, and
essayist. She also facilitates Poetry Parley, a monthly poetry event
(Hugi-Lewis Studio). Her own work has appeared in AQR, Oklahoma
Review, Topic, Praxilla Stoneboat, f-zine
and the UAP anthology, Cold Flashes.
Two poems have been nominated for the Pushcart Prize. Her work has also won
notice in the UAA Creative Writing and F’Air Words contests. Kleven is the
author of four books, her most recent being Defiance Street: Poems and
Other Writing (VP&D Publishing
House). She holds an MSW degree as well as an MFA in Creative Writing and works
for Alaska Native tribal organizations as a clinical social worker.  Kleven claims affinity for Alaska, where she
lives with her husband, and Washington State, where she was born.