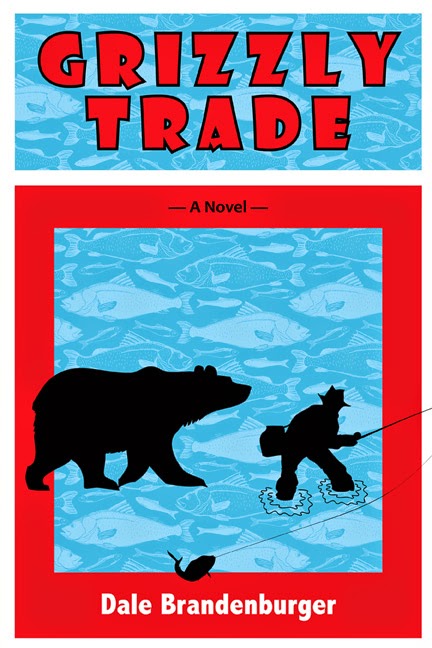 A week had passed
since Red found the corpse behind his cabin and called the state trooper.  He didn’t have a phone in his dilapidated
shack.  He had to drive five miles down a
rutted dirt road to use the payphone that hung on the wall outside the ferry terminal.
Red knew what it was
straight off; murder for profit, plain and simple.  A large caliber bullet had pierced the brown
bear’s skull just below her right ear, ricocheted off some bone, and exited
from the left side of her neck.  A
precise incision, probably made with a razor-sharp hunting knife, slit the
bear’s hide, and the gall bladder had been removed.  All four paws had been hacked off with a bone
saw, leaving the flesh ragged, the bone splintered.  The coagulated blood was crusty, the color of
burgundy wine, and crawling with black flies. Driving to the payphone, wedged
behind the wheel of his tiny Datsun pickup truck, Red pulled on his curly red
beard and wondered how much a bear gall bladder and a set of paws fetched on
the aphrodisiac market in China.
(GRIZZLY TRADE, Dale
Brandenburger)
A taciturn Vietnam vet named Red just wants to be left alone
in his Alaskan retreat, but when he starts to find dead bears in the forest
with their paws hacked off, he is forced to wage war once more, and this time
he intends to win. Tim Branson is a gregarious small-town reporter, looking for
a news story that sizzles.  Despite their
differences, Red and Branson are forced to become allies when a methamphetamine
addict and an unemployed lumberjack start selling bear gallbladders and paws on
the Asian aphrodisiac market.
While trying to track down the poachers, Red and Branson
discover toxic chemicals dumped on the pristine salmon fishing grounds.  Accusations fly and the entire town takes
sides.  Tim’s job and Red’s sanity are at
stake as they try to find the connection between the bear killings and the
environmental disaster.
“Written in the vein of Carl Hiassen and Elmore Leonard, every page
bristles with the perfect blend of tension and hilarity…You’ll stay with it –
the writing is that good.”
Dan Henry, author of ACROSS THE SHAMAN’S RIVER
“…colorful characters…inspired by Brandenburger’s experiences and news
events in Alaska.”
Shannon Haugland,
Associated Press
“Be prepared to laugh out loud…to get angry…to root for an underdog, to
feel the hot breath of a giant brown bear wafting off the pages.”
Brett Dillingham, author of  RAVEN
DAY
“…a knack for storytelling…GRIZZLY TRADE is a fun read.”
Robert Woolsey. KCAW
Raven Radio
Dale Brandenburger wanted
to become a novelist after studying journalism at University of Maryland, but
he realized he hadn’t experienced anything worth writing about, so he moved to
Alaska. He began working for the Alaska Dept. of Fish & Game in 1984. He
earned a degree in environmental science from Sheldon Jackson College and
became a fisheries biologist. He excelled at his new career and writing took a
back seat, although he always kept a journal and collected stories. Thirty
years later, he found he had enough material for 10 novels, but he didn’t want
to re-hash the Jack London theme of man struggling against nature. He wanted to
write a fast-paced character-driven novel that included a touch of pathos, as
well as the sense of humor that is so much a part of the Alaskan spirit. Dale
Brandenburger is a member of 49 Writers. He lives in Juneau, Alaska. GRIZZLY TRADE is available in bookstores and on Amazon.com in print or e-book format.


Would you like to see your book featured here? Check out our Spotlight on Alaska Books guidelines and submit today!
Views: 21