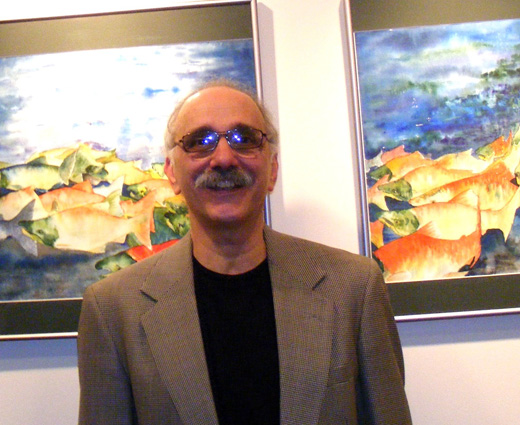 CHAZ PULLED HIS mother’s Outback into the snowed-over
parking lot and parked it under the Alaska Recreational Area sign, gaping
through the windshield at the three bodies clad in snowmobile suits lying face
down on the still-frozen surface of the lake. Another meth deal gone sideways?
Maybe. The locals in the jacked-up school buses and Tyvek-mummied shacks in the
hills above town were as rough as the muffler-bashing roads they lived on. That
was true. But, still, in the middle of a lake, in the middle of the day? The
only other vehicle in the snowy lot was a rusted Toyota stake-bed that looked
old enough to have come across from Asia on the land bridge.
He reached for his phone just as one of the dead men raised
an arm off the ice and then lowered it again as though waving. Chaz stopped.
One of the other bodies did the same thing, a dead arm coming up off the ice
and going back down again. And then the third man did it, too, and Chaz
understood they were ice fishermen, lying on their bellies, looking into the
holes they’d augered there, jigging. He put the phone down.
Jesus. Ice fishing. And he thought he was bored.
It was the third week of May and sunny, actual springtime at
sea level in the little town on the bay, daffodils thick along the south wall
of the Save U More, newborn moose calves tottering through intersections on
knobby stilts, piles of dog shit rising like the dead on every thawing lawn.
But here, a thousand feet up, aging snow still blanketed the ground, and the
naked shore alders shuddered miserably in the wind off the frozen lake.
He slumped back in his seat, squinting past the prostrate
fishermen. Beyond them the dense spruce forests stretched endlessly. God’s
worst idea ever: wilderness.
It was Sunday, almost noon, and this was exactly everything
he had to do, all day.
It didn’t help that Nettle had brought some hipster dickhead
home from Humboldt to share her room in her folks’ house and work on the family
halibut boat for the summer. Chaz should’ve seen that coming. At Thanksgiving,
she’d told him that it was “important to experience all kinds of experiences.”
In January she’d gone back to California a week before classes re-started. She
hadn’t come home for spring break at all.
Chaz’s best friend, Evan, had said, “Chaz, you fag, remember
that SAT question: How soon will a girl in college dump her dumbass boyfriend
who’s still back home in high school, in Fartfuck Alaska? Surely you picked A.)
The minute she runs into an Eddie Vedder wannabe with a bag of weed in one hand
and his dick in the other. Surely, dude.”
This was exactly
why Chaz was sitting in his mother’s car watching guys lolling around on ice
like pinnipeds, instead of spending the afternoon at Evan’s getting high and
playing Guitar Hero: Warriors of Rock. Exactly.

Richard Chiappone is the author of Opening Days, a collection of essays, stories and poems, and the
short story collection Water of an UndeterminedDepth. His work has appeared in national magazines, including Alaska Magazine, Playboy, Gray’s Sporting Journal, and The Sun; and in literary journals including Crescent Review, Missouri Review, and ZYZZYVA, and has been featured on the BBC
radio. He has served as an associate editor at Alaska
Quarterly Review, and now teaches at the Kachemak Bay Campus of Kenai
Peninsula College and in the low-residency MFA program at the University of
Alaska Anchorage. He recently moved from rural Anchor Point to the big city
madness of downtown, metropolitan Homer.

Chiappone says the following story began with a boy ice
fishing in upstate New York. A boy something like him, perhaps, growing up in a
factory town, going off by himself in the woods and out onto the ice to get
away from his dull, working-class home life and his six younger brothers and
sisters. Somehow, the boy morphed into a teenager in a small town in Alaska.
Somehow, he now had ultra liberal, ultra permissive parents, old hippies.
Somehow he now had a radical, hipster older sister. For some reason, she was bald.
Finally, the only thing remaining from the original was the intense confusion
of being a teenager, trying to become oneself. Such is the power and mystery of
revision. To read more of the excerpt, download a free copy of the Alaska Sampler 2015.

Would you like to see your work featured here? Check out our Alaska Shorts guidelines and submit today.
Views: 25