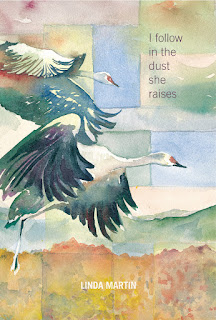 Thirty-five years ago, I was thirty-five years old. If some prescient being had told me then that the University of Alaska Press would publish my first book of poetry in the year 2015, I don’t know which part of the prediction would have shocked me most. Maybe the idea of being seventy years old would have caused my younger knees to ache in anticipation.

But Alaska? That wasn’t in the cards until the following year when, to my surprise, I married an Alaskan.

And poetry? I read poetry, especially Gerard Manley Hopkins and the British romantics. I appreciated Richard Hugo’s Montana poems. I was an English major. I had worked as a travel writer, and a newspaper reporter. But I did not dare to write poetry.

My subject here is age. Aging, with all its surprises and opportunities. At thirty-five I was an over-the-hill divorced woman singing along with Linda Ronstadt (I’ve been cheated, been mistreated), fairly certain that nieces and nephews were the closest I’d get to children of my own. I wrote freelance ski travel stories, a narrow specialty that easily reduced itself to formula. I felt as if I’d squandered all my chances for living fully. I felt old.

I moved to Homer with my husband and our first child in 1983. Eva Saulitis moved to Homer in 1999.  I signed up for her first class at the Kachemak Bay Branch of the Kenai Peninsula College. Eva proved an enthusiastic teacher, who believed that each member of her class was writing poetry. Her generous attitude gave me courage. I took creative writing classes at KPC, some more than once. I listened to visiting writers. I went to several Kachemak Bay Writing Conferences. Finally, in 2008, with both children launched and our glass business fairly well established, I began a low-residency MFA program at Pacific Lutheran University in Tacoma, intent on writing poetry. I was sixty-three years old.

This year I am seventy and the slender volume of my life has been published. What now? The last section of my book is called Contemplating Autumn, the last poem in the book pleads for “more fire”.

When poet Alicia Ostriker wrote The Book of Seventy (University of Pittsburgh Press, 2009), it was her twelfth book of poetry. Yes, it is about sickness and death. She likens her grown children to lily, lilac, hyacinth—herself to the blown peony. In a poem called “Prayer in Autumn” she writes of  “death breathing invisibly next to us on the bus/in the office in the kitchen on the park bench”.

Ostriker’s poem “Drone” is the one I want to listen to—“Get a move on/it says/every year/day, hour, minute/keep going.” The drone is a voice at the base of her skull saying “get back to work/you don’t have forever.”

So I’m seventy. But I’m not done. Something like Ostriker’s drone tells me to keep writing and to hurry up about it.

Linda Martin lives in Homer, Alaska, where she and her husband own and operate a full-service glass shop. Her first book of poetry, I Follow in the Dust She Raises, was published in March 2015 by the University of Alaska Press.

2 thoughts on “Linda Martin: A Poet Looks at Seventy”