Membership
Menu
I’ve been living a life in Spanish for the last year, and
that includes most of my reading. The last book I finished was Isabel Allende’s
fascinating, well-structured, and ultimately heart-rending Paula, which wove the tragic story of her comatose adult daughter’s
slow deterioration with Allende’s own life story in politically volatile Chile,
as well as Venezuela and California. I read somewhat slowly in English, and half that pace in Spanish. The down side is I haven’t finished many
Spanish novels or memoirs. The upside is that because I read this book over
many months, including every night before bed, I felt like Isabel Allende was
living with me. Her voice, humor, sensuality, resilience and chutzpah were like
an IV dripping into my veins, night after night.
Here are a few things we could learn from Isabel Allende, writing and living as passionately as ever at age 73. 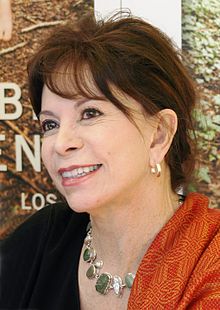 PUT IN THE HOURS; FLOW WILL COME
Her twenty books have sold more than 60 million copies, but
that doesn’t make writing the next one any easier. As she told the UK Telegraph, she does not know what form her next book
will take but will nonetheless follow her usual routine of locking herself in
her casita for at least eight hours a day. “At the beginning it is so
difficult. I write and I write and I write, even though I know it will all go
in the trash. I consider it like sport: nobody sees the training, but if you
don’t do it you can’t play the game.” When
the story does pick up, it feels like paradise, she said.

TURN SLIGHTS IN YOUR FAVOR
In Paula,
Allende tells about a luminescent day spent with the poet Pablo Neruda,
back when she was known only for her magazine columns. When the time came for
her to interview him, he refused, saying she had too much imagination to be a
journalist. For some, that would be remembered as a wounding snub. But Allende
recognized the truth of the matter. She concedes now that she had no problem
making up quotes and that “If
the coup hadn’t happened I would probably still be a journalist, a lousy one.”
Neruda said she should compile her columns into a book and then turn to writing
fiction instead. Ultimately she did both.

WRITE IN THE FACE OF TRAGEDY
Exile, a political coup in Chile, a loveless marriage,
financial stress, and most devastating: the horrible decline of her daughter
due to a hospital error. In Paula, Allende
often claims to be too heartbroken to write, but of course she was writing even
those thoughts in notebooks as she spent endless hours at the hospital. The
result was one of her most read and treasured books.
IGNORE THE NAYSAYERS
Not literary enough, too accessible, writing in the shadow of Gabriel Garcia Marquez: the critics–especially in Latin America– have said it all. Allende keeps going.  “I don’t care about critics, I don’t care about literary criticism. At first I cared a lot, but not any more. Now the response from my readers is more than sufficient.”
USE SUPERSTITION AND RITUAL TO YOUR ADVANTAGE
Allende, who came to novel writing later in life, started
her first novel unintentionally (in the form of a letter that grew and grew) on
January 8. It was published as The House
of Spirits and was a worldwide success. Since then, she always starts new
novels on January 8 and considers it her sacred day. This, of all things, is my
favorite lesson from Allende, and by chance, I’ve started my last two novels in the same month–March. I’m charmed by the idea of ritualizing that starting time even more purposefully.


I start all my books on
January eighth. Can you imagine January seventh? It’s hell. Every year on
January seventh, I prepare my physical space. I clean up everything from my
other books. I just leave my dictionaries, and my first editions, and the
research materials for the new one. And then on January eighth I walk seventeen
steps from the kitchen to the little pool house that is my office. It’s like a
journey to another world. It’s winter, it’s raining usually. I go with my
umbrella and the dog following me. From those seventeen steps on, I am in
another world and I am another person. I go there scared. And excited. And
disappointed — because I have a sort of idea that isn’t really an idea. The
first two, three, four weeks are wasted. I just show up in front of the
computer. Show up, show up, show up, and after a while the muse shows up, too.
If she doesn’t show up invited, eventually she just shows up.

Andromeda Romano-Lax is the author of Behave, a novel about science, motherhood and the 1920s (March 1, 2016), as well as The Spanish Bow, The Detour, and Searching for Steinbeck’s Sea of Cortez. She is a co-founder of 49 Writers, teaches in the UAA MFA program, and is a private book coach.