1.
How are the girls? How do you like schlepping them around for a change? Here it’s no picnic either. Bells, service, work period, tea ceremonies. Meditation ten times a day. The head monk is like that gruff ballet master who lived off Marlboros and Diet Coke. The one who would inch her lit cigarette close to my thigh to urge me deeper into the plié. At our first private interview, he says I’m a couple steps ahead of myself. Like being halfway out the door while reaching for the keys.

I trust you’re keeping an eye out on Crissy’s boyfriend. Remember how you were at that age. By the way, thanks for sending me off with flowers. I hate chrysanthemums, as you know— too ordinary—but it was a lovely gesture.

All in all: excellent progress! You’ll be glad to know, I haven’t blown up at a single person. There’s another bell. Got to go. Love to the girls.

2.
This is the first I’ve felt like writing you back. I know. Sounds harsh, but the senior monk suggested we sit with our attachments and not act. It seems to be working. We meditated for six days straight, the pain worse than being en pointe. The fifth day—it’s hard to explain—it was like the pain wasn’t me. I used to feel this kind of exhilaration at the end of a long day taking ballet class. That time in Brooklyn before we married keeps coming up; the walk-in closet we rented at that dumpy apartment! Impossible to believe we lived that way, that we had so much potential.

Already someone here quit. On the cushion next to mine in the meditation hall, she left a single flower. A chrysanthemum. This is crazy, but it felt like she was playing some kind of fuck-you joke on me. I hid the mum in the sleeve of my robe and threw it away first chance I got. I’ll write when I can. Forgive me in advance if I’m a laggard.

3.
Why did I think the senior monk was reprimanding me yesterday when he placed another mum on the empty seat next to mine? Why did I hide in my room for the rest of the day and say I was sick? Do you know how much it bugs me when you say you don’t mind me getting angry, just me running away? Why have I never told you I failed my Joffrey audition? Why don’t you paint anymore? Shouldn’t I be calming down by now?

4.
I blew up at the question-and-answer ceremony yesterday. I was really yelling at you. Not that I don’t appreciate the things you do for me. Your many kindnesses. It’s just…we had such purpose, before the girls, your job. I shouted in the senior monk’s face, “Why do I want to hurt everyone I love?” The students looked at me in horror, like they’d seen a fatality on the side of the road. The senior monk put his hands together, bowed deeply and said, “There is no place the Buddha is not.” I told him to go fuck himself.

5.
Sorry I made you feel so low. I’m low too, thin, like a blade of grass when you hold it to the sun. At fifth period yesterday, I felt the ghost of your hand on the small of my back. That’s the first soft feeling I’ve had in weeks. I brought chrysanthemums from the garden to the missing woman’s seat. Made a small shrine to her failure: incense holder, candle. Not allowed, really, but the senior monk let me anyway. Wherever she is, she’s Buddha. That’s small consolation, but failure’s the only thing I have to hold on to. I can’t promise you when I’ll be back exactly, or that I won’t get mad, but when I do, try not to be so nice to me. 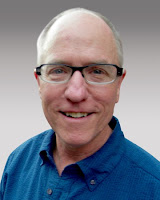 Lucian Childs is a recipient of a 2013 Rasmuson Foundation Individual Artist Award. He has been awarded residencies at Brydcliffe Art Colony and at Artscape Gibraltar Point and was a Peter Taylor Fellow at the 2015 Kenyon Review Writers Workshop. He is the winner of the 2013 Prism Review Short Story Prize. His stories have appeared in a number of literary journals, including Grain, Sanskrit, The Puritan, Jelly Bucket, Quiddity, Rougarou and Cirque.

2 thoughts on “Alaska Shorts – Lucian Childs: Letters From His Wife Regarding The Progress of Her Enlightenment”