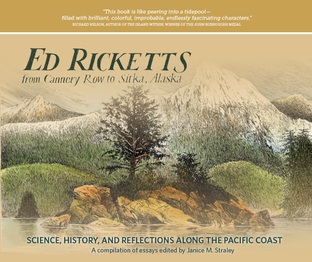 Writers tend to be a whiney lot. At least I have been in my time, particularly when it comes to the subject of publishers: they don’t appreciate me, they are too big, they are too small, they don’t promote my book, it goes on and on and on…

The only time we truly love them is the first week after the acceptance letter arrives and then the complaining begins.

But the truth is without them we would be mostly obscure, untended weeds, growing wild on the internet. A good publisher takes us in, gives us a good trimming and dresses us up; they make us presentable and introduce us to the world. They also discover something inside of us, inside of our words that we might not have even known was there.  They help us focus that quality and bring it to our readers. Of course after it’s done, we take all the credit, but the truth is, without them, without the editor or publisher who first championed our work, our words would have lain fallow in journals, or on blogs read by maybe a few dozen of our friends.

William Stafford once said that an editor is, “A friend who makes sure only our best work is shared with the world.” When I heard him say those words, I was a young man with a large collection of rejection letters and firm belief that there was a national conspiracy against my writing spearheaded by the editors in New York. I was stunned by Stafford’s sentiments that these people were my friends.

Now I am sixty-two and I have published many things, including nine books of my own. I’ve had experiences from disastrous to profitable on the financial side, and stultifying to illuminating on the educational side. But recently I had the chance to work with a small press which was, like the accommodations at the three Bears house, “Just Right” all around.

First let me start off by saying that the best publishers are “book people”, and the best publisher for your project is the kind of person who enthusiastically shares your vision. My wife had an idea for a book, and Shorefast Editions of Juneau turned out to be the perfect publisher, because they shared a simular vision and they knew the territory of the book.

Jan Straley is one of Alaska’s pre-eminent marine biologists studying whales in the north Pacific, but as a student she walked the beaches of Washington State and picked through the tidepools. This was how she discovered the book Between Pacific Tides by Ed Ricketts and Jack Calvin. This book became her treasure map, helping her to identify animals, not by scientific groupings, but by where they could be found on the beach.

Katrina Woolford Pearson, who runs Shorefast Editions, was born and raised in Juneau and has more than a 25 year history immersed in the world of books. She is a fourth generation Alaskan who is committed to publishing the literature of this place and she thrives on collaborative projects. She loves Steinbeck and the Ricketts/ Juneau/ Sitka connection. (Jack Calvin’s wife was from Juneau) You see? These are small details for a scientist and a publisher to share, impossible to predict but… it created a collaboration of seemingly unlike minds.

When Jan was just out of college she learned that the “Ricketts” on the credits for Between Pacific Tides was the famous “Doc” in the Steinbeck books: Cannery Row, Sweet Thursday and The Sea of Cortez. Later, in 1977, after she graduated from the University of Washington and was working as a wilderness ranger in the North Cascades of Washington State she was offered a job as a biologist in Sitka and she jumped at the chance. After all, Sitka was the northern-most range of all the intertidal animals in her favorite book. Sitka was the frontier. She was going there even though she had just married a 24-year-old poet who was making his living as a horseshoer.

Little did she know it then, but in 1932, Ricketts, Calvin, Calvin’s wife Sasha, and budding anthropologist and world literature student Joseph Campbell, made a trip in a small boat up the inside passage from Seattle to Sitka collecting and doing research for Between Pacific Tides. The expedition ended in Sitka where the Calvins made their home. The conversations on the boat were wide ranging, including discussions of literature and native culture (Sasha was Aleut, her father was the Russian Orthodox Bishop in Juneau). They discussed how human beings and human intellect were somehow not the key to understanding the complex interconnectedness of all the life that they were observing in their scientific collecting. These conversations had a profound influence on all of them, giving rise to Ricketts’s very early philosophical musings on what would later become ecological thinking.

Campbell, of course, would go on to write the seminal works The Hero With a Thousand Faces, The Masks of God, and The Power of Myth. The themes of his work depended on his ability to break through the previously impenetrable barriers set forth by the Ivory Tower thinking of the time. This conversation began on that trip up the coast in Calvin’s small boat, the Grampus, where they meditated on the tidepools during the day and discussed the poems of Robinson Jeffers at night.

After the trip, Ricketts wrote a scientific paper on the effects of wave impact on intertidal life on the beaches around Sitka, which he described as being similar to the beaches surrounding his home in Monterey. This paper was never published.

So, in 2015, this was all it was: an unpublished scientific paper by a legendary biologist with an interesting backstory and a vague Idea for a book.

Then there was a dinner at the Channel Club in Sitka with Jan and Katrina where they discussed some ideas. Jan had an idea of additional essays and Katrina had ideas for who might be included. Jan suggested Katrina meet Nancy Ricketts, Ed Ricketts’s daughter who still lives in Sitka. At that meeting, Nancy charmed Katrina. She not only had a sharp memory but an archivist’s collection of photographs from her past.

Nancy Ricketts was with her father when he read the galley proofs of Cannery Row. He groaned at the oversized caricature Steinbeck painted of him, but conceded that “it had been done out of love.” Nancy wanted to add to the historical picture of her father who she loved so much; she wanted to show the world that “Doc” Ricketts was also a good father. Jan and Katrina agreed.

So too did they want to correct some misconceptions about Ricketts as a writer; and for that they contacted Katie Rodger, his leading biographer and also some of the leading scientists of intertidal life to add perspective on the research Ricketts had done.

Colleen Mondor was asked to write the story of the Grampus trip and I wrote an essay on the charisma of place to give Jack Calvin his due respect in the story. But the point I’m trying to make is, this all came together because of a good idea that was shepherded along by an editor and then made real by a good publisher willing to take a risk.

Ed Ricketts was an eccentric man of appetites, a Renaissance man. No one book could contain him. Ed Ricketts from Cannery Row to Sitka, Alaska is an eclectic book and most publishers would not touch it. It’s science, and art, and oral history, but that’s what makes it a labor of love and a book that is anchored to the love of the world in which it is set. It is a beautiful thing, like a tidepool, like the stars, like the mind of the eccentric genius who inspired it.

All of this came together for us on November 28th in Sitka when the publisher, editors, writers, book designer, and Nancy Ricketts launched the book into the world. This was the most wonderful kind of literary event because it was not the celebration of a single person but truly a celebration of a place and an idea. All was gratitude and mutual love, Katrina expressed it, Jan expressed it and all I could do was chime in and then I asked Nancy questions about her Pop, which delighted the more than a hundred people who jammed into Old Harbor Books, to observe the culmination of this project and to celebrate Nancy’s ninety-first birthday. It was a lovely night that belonged to everyone. The gathering truly was like a tidepool or a cluster of twinkling stars, not one brighter than the others. Which again, is the way I am sure, Ed Ricketts and Jack Calvin would have wanted it to have been.

John Straley is an award-winning author who lives in Sitka, Alaska. You can read more about John at johnstraley.com.


More information about Ed Ricketts from Cannery Row to Sitka, Alaska and Shorefast Editions can be found at shorefasteditions.com.

1 thought on “John Straley: You Need All The Friends You Can Get”