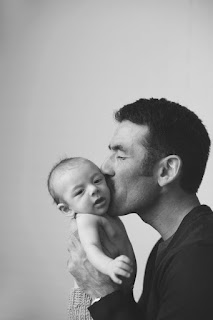 Three years ago, I was in the first firefight of my life and I didn’t fire a single shot. Not that I didn’t have the opportunity – I did. Twice, as a matter of fact. Which seems an odd thing to say about a six-hour periodic running gun battle. Also odd, I suppose, for that to have been my greatest regret about that night.

In the wake of that night, I finally felt like maybe I had something worth writing about. See, raised on a steady diet of kill-memoir and adventure tales, I thought the only way to write about war was if you had some kind of harrowing experience. In the shit, as we say. I’d finally gotten a little taste. And yet, this little thing still got in the way. Lacking six pounds of index finger pressure on a spring-loaded mechanism engineered to kill, I hesitated.

It took me a while to get over myself, but I did write that story. Got it published, even. And the lights came on – writing transmogrified from a simple act of documentation into meaning-making. Hair blown back, I applied to an MFA program in 2014 and they actually let me in.

I read blogs, essays, flash fiction. Pieces that lived in the never-never between fact and fancy. Stories that wrapped genre around pinkies and shot them off like rubber bands. Authors who skewered; moved me to tears; rendered villains with empathy.

And then I went to workshop and it got even better.

My virtual classmates turned into real people with real things to say, both on the page and about my pages. The days burned with craft talks, panels, and even a bit of dissension. It felt good, like scratching an itch three decades old. I’ve never felt so comfortable in my own skin.

And in those moments, I wished every veteran writer might be as lucky as me. See, it turns out Alaska is one of the leading states in terms of veteran population – roughly 10% of the 700,000+ people in the state are vets. And as far as I knew, no one ever asked them if they wanted to write about their experiences.

This was how Danger Close: Alaska was conceived – as the offspring of dream and necessity. In the autumn of 2014, I spoke to the ED of the Alaska writing non-profit 49 Writers and pitched the idea. She liked it, although I believe she called it ambitious. Then I discovered Words After War, who seemed to be doing exactly what I wanted to do, but all the way out on the East Coast. And their ED liked it too.

And now, here we are, a year down the line. Through funding from Words After War as well as Standing Together, a special initiative of the National Endowment for the Humanities, we’ve got a venue, four incredible authors lined up as faculty, and a date: Feb 5-7, 2016. After Friday night’s CrossCurrents panel, twenty-four civilian and veteran writers will sit down the next morning to begin Alaska’s first-ever war writing workshop.

If I have a hope for this dream become reality, well, I guess it goes back to that night a couple of years ago. It was the end of a paradigm for me, and I hope that Danger Close: Alaska does the same for the twenty-four participants. My sincere wish is that each participant walks away, hair blown back and eager to get cracking. I hope they walk away exhausted, as if they’ve survived a firefight with preconceived notions of who deserves to tell a war, victorious and inspired to get cracking.

For more information or to register go to http://www.49writingcenter.org/Instruction/classes.php.

Matthew Komatsu is a currently-serving veteran and MFA candidate (Creative Nonfiction) at UAA. His work has appeared or is forthcoming in The New York Times; War, Literature and the Arts; Brevity; StorySouth; The Southeast Review; and The Normal School. The opinions reflected here do not represent official policy or position.