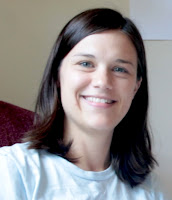 “He loved Big Brother.”
“So we
beat on, boats against the current, borne back ceaselessly into the past.”
“How can we know the
dancer from the dance?”

“Beauty is truth, truth beauty—that is all
Ye know on earth, and all ye need to know.”
“Yes, she thought, laying down her brush in extreme fatigue, I have had
my vision.”
In case you haven’t figured it out by now, what these five famous
literary excerpts all have in common is this: They are fantastic, beautiful endings.
But that certainly doesn’t mean they were easy to dream up. Each semester, I
ask my writing students which they dread more: beginnings or endings. And every
time, the vast majority of them choose endings. Why? Why are endings—good ones,
at least—so difficult to write?
For starters, there’s the pressure of
how important they are. If your reader has made it to your ending, it means you
wrote a short story/novel/essay/poem that’s held their attention this entire
time (congratulations on that, by the way!), and the last thing you want to do
is mess all of that up in your final line. The ending is the last thing your
reader will remember about your masterpiece, the lingering seed planted in
their mind that will grow and grow—not to mention the impetus (hopefully!) for
that reader to want to seek out more of your work in the future.
Perhaps endings are also so hard to
write because, on some level, we don’t want to say goodbye to the project we’re
working on. I know, I know, that sounds a little cheesy. But if you’ve poured
your hopes and dreams, your sweat, blood, and tears, and everything else in
between into this piece of writing, it’s a pretty tall order to come up with
the line that will send it gently (or not so gently) into that good night.
And that brings us to the third
challenge of producing a good ending: the dreaded feeling of having said
everything there is to say already. You’ve simply run out of fuel. You’re out
of material, but you’re left with a lingering, haunting feeling that the piece
just isn’t quite finished yet.
But as tough as endings can be to
hammer out, I’ve found that my favorite moments in the writing process usually
involve final lines. The ending lines are the ones that most often take me by surprise—that
sneak up on me in the middle of my drafting process and elbow their way to a
closure I wasn’t expecting at all and had no idea I contained inside myself.
It’s easy to get addicted to that feeling.
So how can we arrive at these kinds of
moments instead of the moments of dread and frustration in our writing process?
We’ll explore these questions and more in my 49 Writers class “The End!”, but
for now, I’ll leave you with this: try to avoid at all costs the two worst
kinds of endings—the neat
bowtie ribbon ending and the dramatic hamster
surprise ending. The neat bowtie ribbon ending is,
essentially, “And they all lived happily ever after.” It ties everything up so
neatly and prettily that the reader has no reason to ever think about your
story, poem, essay, or novel ever again. Sometimes it’s saccharine-sweet, other
times it’s trying too hard to feel wise and profound, telling the reader what
to think of the ending with way too much hand-holding. It almost always feels
like it’s forced, or like it’s trying too hard—like it’s announcing “HELLO, I
AM AN ENDING!” in a gleeful or smug tone.
The dramatic hamster surprise ending,
on the other hand, does something very different. It tries to introduce a
sudden “twist” that reveals new information the reader didn’t and usually couldn’t
have known all along. As an adolescent, I wrote a perfect example of one of
these endings. I painted a picture of a grim and brutal war zone, inhabited by
a soldier named Matt trying to sneak his way through enemy lines to victory,
all while being bombarded with attack after attack. In the last sentence of the
story, I revealed that Matt was actually a young child playing war with his
friends outside. The “bombs” and “missiles” were actually water balloons. So
what’s the problem with an ending like that? For starters, it feels like the
whole story exists for the sole purpose of the ending. It’s all an elaborate
joke with the ending as the punchline. It robs the story itself of any kind of
beauty or significance. It trades good craft and interesting ideas for a cheap
“Gotcha!” thrill—one that usually doesn’t reveal anything new or important
about the world to the reader whatsoever.
Now don’t get me wrong—either of these
endings often work extremely well in commercial novels (Harry Potter and the Deathly Hallows has a great bowtie ribbon
ending), and TV shows and films are absolutely full of them (Planet of the Apes, Oldboy, Memento, and any
M. Night Shyamalan movie ever, to name just a handful, all feature
mind-blowingly amazing dramatic hamster surprise twist endings). But in
general—and “rules” are made to be broken, so don’t take everything I say here
as an absolute—what works for thriller movies does not always work well for
thoughtful poems and literary short stories. Then again, read Borges’s “The
Garden of Forking Paths” and you’ll probably have lots to
argue with me about.

Alyse Knorr has taught creative writing to individuals ages 8 to 80, of all levels and all genres, and is passionate about bringing out the best in her students. As a poet, she extremely sound-focused and spent three years studying meter, rhyme, and syntax while earning her Master of Fine Arts in Creative Writing degree from George Mason University. She currently teaches English at the University of Alaska Anchorage and is finishing up her fifth book.
Views: 21