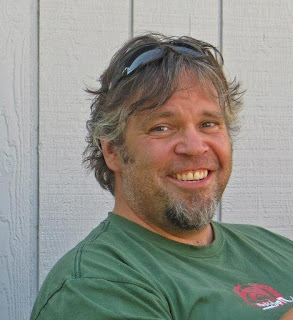 There are times when empirical approaches to history simply don’t do the job.  I say this both as a novelist and as a former archaeologist and historic preservation specialist with two college degrees in the subject.

For example, there is a mountain in the northern part of the Wrangells called Pingpong Mountain.  Back when I was in my early twenties I spent a summer working in the vicinity, and the landform makes a cameo in my forthcoming novel, Blue Ticket.  I had for years pondered the origin of such an oddball name.  Then last winter I read Lael Morgan’s history of prostitution in Alaska and the Yukon, Good Time Girls.  Tucked into the text, what should I find but a reference to a very popular working girl in Dawson City during the 1890s who went by the nom de boudoir “Pingpong.”

This could have been the merest of coincidences, had it not been for two tidbits that clicked inside my history geek mind.  First, I recalled seeing an entry for Pingpong Mountain in Donald Orth’s Dictionary of Alaska Place Names, a bruiser of a reference book that lists every geographical name in the state—every single Bear Creek, Eldorado Gulch, and Hardluck Cove—and provides a brief outline of how long the name has been in use, and whence it came.  If memory serves, Orth listed 1908 as being the first documented use of the name.  This of course was a good nine years after Ms. Pingpong was plying her trade in Dawson, but Pingpong Mountain happens to stand on the north side of the White River, which in turn debouches into the upper Yukon River.  Dawson, as anyone with even a passing familiarity with the history of the Far North knows, is on the Yukon, and the White River in those days was known far and wide as the best spot in the region to overwinter the hundreds of horses that made the gold rush work.  Add to this the fact that as the Klondike mines played out around 1900, Dawson’s prospectors started exploring the mineral potential of the upper White, a process that led to the Chisana gold strike in 1913.

Sifting all this together, my best guess is that some Dawson gold rush type bestowed Ms. Pingpong’s name on the mountain sometime in the early 1900s.  I have no rock-solid evidence of this, mind you, but here lies a prime example of circumstantial evidence being overwhelming.  As a historian and journalist, I feel pretty confident making such a claim.  The artist in me, however, is more inclined to search between the lines on the pages of Orth and Morgan’s books, fine as they are, and study the campfire at the base of the mountain, the prospectors in their tall lace-up boots, their vests, their battered Smokey-the-Bear campaign hats.  The bare branches of the cottonwoods, willows, and aspens that have only recently dropped their golden blanket of leathery leaves on the forest floor.  The herd of horses they’ve brought up for the winter, chuffling their feet somewhere upstream in the dark, sniffing for peavine.

Was there talk of Ms. Pingpong?  What things did she do that made her such a favorite?  Despite the idiotic images of the dominant culture, men generally do not talk much about this sort of thing so much among themselves.  Perhaps one of them sat there poking the fire and wondering what her real name was.

And of course there’s Ms. Pingpong herself.  She, like every one of us, was from somewhere.  Perhaps in the glow of the oil lamp as she was getting ready for her first client of the evening, her thoughts were of one of those prospectors on the White River.  The long dark, then as now, begins in October, and Ms. Pingpong—perhaps known in another life as Rebecca or Susan or Elizabeth—wonders what that man on the river was about to say when he buttoned his vest, set his hat on his head, and plunked a twenty dollar gold piece on her dresser.  She braids up her hair, wishing she could find the voice to tell him he doesn’t need to pay her.