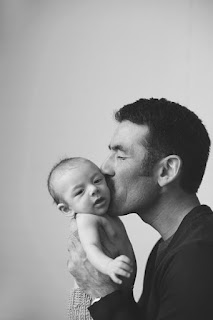 Dear Reader,
I met Ron Carlson at last summer’s UAA MFA Residency. Which seems a funny thing
to say, since there have to be plenty of Ron Carlsons in the United States. But
I met THE Ron Carlson, the writer guy. And not only did I meet him; I got to
sit down and have a drink at the same table as him and yes, if you must know,
it was at the Blue Fox.
Nicest guy in the world. Really. Which is great since he’s
one of those mythic animals: The Successful Writer. Anthologized, prize-i-fied;
he’s a guy with a legit headshot on the book signing pamphlet you grip with a
sweaty palm, hardcover in one hand and pen in pocket. Would you make this out to ‘Matt,’ please, Mr. Carlson? But
somehow, he’s the kind of guy you imagine still carries pictures of his kids in
his wallet and wouldn’t take much prodding to show them to you.
Anyway, this isn’t about getting a book signed or his last
night at the Blue Fox. It’s not even about his parting words of encouragement,
or the reading he gave. A reading which blew my mind for the way the story seem
to just keep going in a way that I hoped might never end but knew would. It’s
actually about something he said in his first address to the MFA students and
staff.
He was talking about being, well, him. But also about being
us. Writers, that is. Sometimes successful. Sometimes not. More often the
latter as a matter of fact. At one point, he said something made no less
profound by how blindingly obvious it was, and it was something like this:
Whether you win a
Pulitzer or receive yet another rejection, each day begins the same. You get to
write. Congratulations.
For the first time in my life, I imagined myself in the same
sentence as David Foster Wallace or Maya Angelou. Because it doesn’t actually
matter. If you’re a writer, it’s what you do regardless of the outcome.
For a guy like me, it was both calming and unsettling.
Calming because I fail so very much. Unsettling because I finally understood
there really isn’t a pinnacle to the writing life, no one peak to bag. One part
nihilism (what’s the point) and one part zen (the journey is the destination),
it is a realization that is wholly reflective of the complicated nature of
life, and therefore, writing.
So I guess what I’m trying to say is this: win or lose, you
get to keep going. Making something like Danger
Close Alaska happen doesn’t absolve me from continuing to engage on behalf
of veteran writers. Receiving (yet another) essay rejection doesn’t spell an
early retirement. In the end, there is only the task itself and it is enough.
It’s been a hell of a month, and I’ve been happy to share
some thoughts on Danger Close that I
hope you’ve enjoyed. But it is by no means the end of the story. Next time you
win big or lose hard, maybe search for an image of Ron Carlson. Imagine his
kind, smiling face underneath a full head of white hair as settles his frame
into a chair beside you. Now, listen to his response to your news. Can you hear
it?
Congratulations.
Best of Luck,
Matt
Matthew Komatsu is an author, currently serving veteran, and Nonfiction candidate in the University of Alaska-Anchorage’s MFA in Creative Writing program. He is a Pushcart Prize nominated essayist whose work has appeared in The New York Times; War, Literature and the Arts; Brevity; Storysouth; and VICE Motherboard. He has also essays forthcoming in The Southeast Review and The Normal School. You can follow him on Twitter @matthew_komatsu or at his website, www.matthewkomatsu.com. The opinions here are the author’s alone and do not reflect official policy or position.
Views: 12