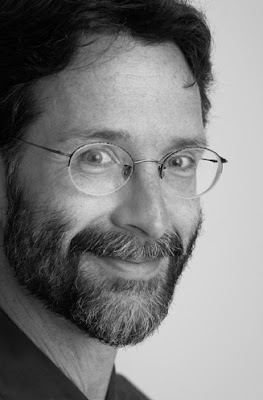 What do you love?
Kids, hawks, the smallest falcons (are kestrels not the baddest asses there are? Don’t they look like tiny linebackers?), and the way my wife Mary says a ha! when she is occasionally right about something. Also almost all music. Also grace under duress, and humility. Humility might be the coolest thing of all, the final frontier, the greatest achievement, the apartment building where wisdom is the super. Huge fan of wry humor. Also cheese and good wine. And honey.
What do you fear?
Arrogance. It bleeds so easily into blindness and cruelty and murder and violence and prisons. So many of us are in prisons of all sorts. Also I am generally afraid of cars, which are huge hurtling weapons that for some reason foment arrogance in their drivers. Why is that?
What picture of your adult self did you hold as a child?
Pro basketball player. Man. I was intent on it. I did get paid to play ball one summer in Brooklyn but I was awful. The pressure of money, man.
Did you always want to be a writer?
Since I was about age eleven. My dad was a newspaperman and my mom a gifted raconteur, and we were Irish and American and Catholic, so I was soaked in stories from the start…

How do we nurture aspiring writers?
Catch em early and get them writing jotting scribbling typing taking notes dreaming; make it clear to them that everyone and anyone is a storycatcher and writers only type faster than other storycatchers; suggest to them that once they are through their cathartic period (the me me me period), the greatest achievement is witnessing other stories. The best writing isn’t about the writer.
What are your favorite books?
Twain’s Roughing It; Cary’s The Horse’s Mouth; Stevenson’s Kidnapped; Tim Winton’s Cloudstreet; Jan Morris’s anything; Barry Lopez’s essays and memoirs; Stegner’s essays; Peter Mathiessen’s The Snow Leopard and Men’s Lives and The Tree Where Man Was Born… all of E.B. White – Cynthia Ozick….Ian Frazier…David James Duncan…Pattiann Rogers…more wine!
Who are your literary influences?
More than anyone else, my dad Jim Doyle, a lovely clean clear writer, and Stevenson and Twain and White and Annie Dillard. Annie’s a genius. Lopez is a genius too, come to think of it.
Who are your stylistic cohorts?
Probably Edward Gibbon and the stoner committee who translated the King James Bible. I love the prickly shouldery muscular style of that epic novel.
How do you define “magical realism” and what are your feelings when the term is applied to your writing?
I love Marquez as much as the next delighted soul, but I don’t think I write magic realism – I want more to suggest gently that millions more things are possible and real and happening than we know about; I am a big fan of wonder and humility. We are such an arrogant species. Anyone who is sure what’s impossible and possible in this world is a fool. Every day we discover more astounding things that we don’t understand. Who knew black holes in space mated? Who knew crows were much more adept at reasoning and toolmaking than anyone thought five years ago? Who knew humble comedians named Mandela and Tutu could save a million people from slaughter by focusing on rugby and humor and forgiveness? A lot of what fiction is, seems to me, is poking after what we don’t know but what is true – could there be a deeper true in fiction than in nominal fact? Is that what novelists are for?
What about living on the Northwest Coast informs your writing?
Sense of wonder; constant exposure to the stunning creation; regular meetings with beings far bigger and stronger than I am; a welcome lack of focus on class and money and status and a certain cheerful addiction to creativity and ideas and stories; plus I see Ursula Le Guin regularly, and who would not be a better man for that?
Do NW writers face peculiar challenges?
Nah. The whole ‘ooo, east coast literary cabals ignore us’ plaint I find boring. We have more mud, though.
On interspecies perspectives—rats, gulls, humans—your writing moves fluidly among beings. What advice can you offer to writers facing the challenges of creating believable animal characters and relationships?
Witness and humility. They are not people in furred and feathered jackets. In general they are a lot more sensitive and alert and aware than we are. I am knocked out by how many riveting species of living things there are, and how little we admit this in our literature. Maybe all of what we call nature writing is about paying closer attention to the wealth of what is. More and more I am bored by stories of human neurosis and delighted by stories of awake and aware and alert in every form. Someday there will be a great novel starting a huckleberry bush, I bet. Maybe if we just gave bushes a book starring one of their own they would buy a lot more books.

The sixth annual North Words Writers Symposium will be held May 25-28 in Skagway. Novelist/essayist/editor and storyteller supreme Brian Doyle of Portland, Oregon (Mink River, The Plover, Martin Marten, and the forthcoming Chicago) will be the 2016 keynote author. He will be joined by Alaskan authors Kim Heacox, Eowyn Ivey, Heather Lende, Lynn Schooler, and Emily Wall. For more information and to register go to http://nwwriterss.com/